A clearance rate of 76 per cent was recorded in Melbourne, compared to 77 per cent last week. There were 841 auctions held on the weekend with 643 properties selling and 198 being passed in, 76 of those on a vendor bid. In addition to the auctions, there were 410 private sales reported.

As we step out of the colder months, so too are the buyers ready to welcome quality Melbourne properties onto the market. During the traditionally non-peak winter months, the market was tested with almost 500 extra auctions added, rising to 11,257. An overall winter clearance rate of 77.4 per cent proved that buyers were ready to get a jump-start on Spring.

The REIV have reported that Bentleigh had the highest clearance rate in August (95 per cent), followed by Glen Iris and Caulfield South (both 91 per cent). As September begins to unfold, it will be interesting to see if these hotspots remain, or new ones emerge.

More than 3,600 auctions are expected this September, which is a much higher number than the figures from the same month last year. This early-Spring market is showing signs of offering some great quality stock, with a range of big period homes in some of the best streets, arriving on the market.

We are looking forward to next weekend with an expected 1000+ auctions scheduled. 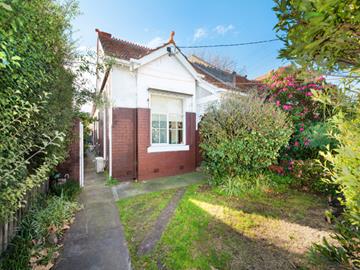 64 Dickens Street, Elwood. Sold for $1,372,000
This three bedroom “renovators delight” is located just a short walk from the beach and amenities, suffering from “worst house on the best street syndrome” as the auctioneer Tony Pride put it. Despite Tony’s great opening spiel, the audience of around 70 people were reluctant to participate, so a $1.1 million vendor bid was made. The bids started flying from different sections of the street with three bidders pushing the price to $1.24 million when things came to a halt. After a quick half time break and announcement that the property was not on the market, the under-bidders sped off in their Porsche as fresh bids began to fly again with two new bidders. The house was announced on the market at $1.32 million and sold shortly after for $1.372 million. 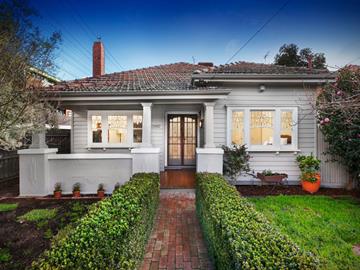 1 Peacock Street, Brunswick West. Sold for $905,000
On a large corner block, this three-bedroom California bungalow with a quote prior to auction of $840,000+  held appeal for families as well as developers. The auctioneer offered a vendor bid of $780,000 to begin the auction, which prompted three other bidders to make offers before everything slowed to a halt. A second vendor bid of $820,000 tried to stir things up again, but it was very slow going. At $850,000 the auctioneer consulted the vendors, but the property ended up passing in and was later sold for $905,000. 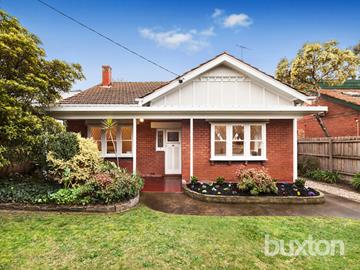 7 Maroona Street, Brighton. Sold for $1,625,000
This charming Californian bungalow that’s been in the one family for 60 years is full of potential, with four bedrooms and two bathrooms. A conservative vendor bid of $1.2 million began the auction, and was quickly responded to with an offer of $1.25 million by a gentleman in the crowd. Another bidder joined in with a $25,000 rise, but did not last long and dropped out after only a few bids. Two other parties stepped in and put up a good fight until one of them bowed out $4000 short of the final bid. The new owners of the home ended up paying $265,000 above the reserve to secure their piece of Brighton real estate.