As more stock arrives on the Spring market, we are seeing villa units in demand, but not from the downsizers who seem to have gone to ground, the young professionals are buying for investment and owner occupation. This weekend Melbourne recorded a clearance rate of 64 per cent, up 4 per cent achieved last week. There were 677 auctions held on the weekend with 356 properties selling at auction and 243 being passed in, 124 of those on a vendor bid. In addition to the auctions, there were 216 private sales reported.

Buyers are trying to read and control the market with a mixed bag of results because we have a market in equilibrium. Some results are favouring the Vendor and in other negotiations, the buyers feel as though they have the upper hand. However properties priced correctly, marketed well are selling despite the lower clearance rates. Vendors are readjusting their expectations with more realistic prices if they want or need to sell, even if that means a few weeks after the auction.

The higher interest rates for investor loans has had an effect on the market, while opening up the door for owner-occupiers especially first home buyers. Suburbs in areas where a property can be secured sub $750,000 has seen buyers have a stronger influence on prices and therefore no surprise in seeing some suburbs within Geelong and the out ring of the West and South East still seeing a lot of activity. 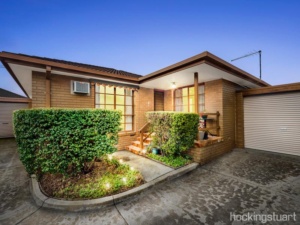 On the weekend Elite attended a highly competitive auction at 3/6 Maher St Highett with a quoted range of $600,000 – $650,000 prior to auction. With a strong opening bid of $600,000 wasn’t enough to stop a bidding frenzy.  The property was announced on the market at $680,000 however, it could have been on the market prior due to competitive bidding which caused the auctioneer to hold off announcing it on the market. Five bidders in total fought to secure the property but many bidders not even getting a chance to put their hand up. The property sold eventually for $746,000 to a first home buyer. Mostly all buyers in the large crowd were first home buyers with the occasional downsizer. Well positioned large villa units like this are in strong demand by first home buyers and downsizers due to their affordable price point for high demand suburbs, and this was no exception. 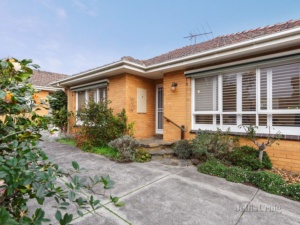 A charming two bedroom villa, this bright abode in a boutique block of four offers immediate appeal with recently refreshed interiors, exceptional al fresco living and lifestyle convenience in a blue ribbon pocket. This house like villa in Melbourne’s inner East drew a crowd of around 80 onlookers, with plenty there to bid on the semi renovated villa in a boutique block. The opening bid was $650 from a man in the crowd starting well beneath the advertised quoted range of $580,000-$620,000. Three more bidders eventually became involved and there was a fairly heated contest until the property went under the hammer at a healthy $820,000. Glen Iris is a well-established, leafy suburb is ripe with gorgeous period homes, but you’ll also find a good range of apartment and villa living too. 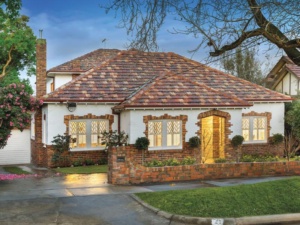 On a lovely sunny Melbourne spring morning there was a good turn out to this renovated 1930’s family home in Camberwell which initially attracted just 1 bidder starting the auction at $2.6 million. The auctioneer had mentioned in the preamble speech that he already had instructions from the vendor prior to the auction so did not need to seek further vendor consulting. However when only 1 bid was received he went back inside the property after which when he came back out another bidder entered the auction. The auctioneer tried to entice in more bidders with main 2 bidders battling it out in $25,000 bids which then went $10,000 bid increments. At $2,810,000 the property was on the market with it eventually being sold for $3,060,000 to a Chinese family group after the other bidding party walked away from the auction up the road.