The importance of X Factor

I hope everyone managed to enjoy the beautiful sunshine over the weekend.

The sun certainly brought the crowds out with big numbers in attendance at Melbourne auctions over the weekend.  Of the 625 auctions held, 399 sold at auction, 80 before auction, and additional 156 private sales bringing the overall clearance rate to 77%.  The clearance rate for apartments was 75% whilst houses were 78%.

We saw many properties selling well over reserve (and listed price range) which is due to both demand and competition from buyers, but also very realistic vendors.  We have had many buyers asking us whether underquoting is back due to the volume of properties selling well above the listed price.  Whilst there still may be a little bit of that happening, the reality is that most of the auctions we are attending, the properties are on the market (hitting reserve price) at the top of the price range or sometimes just a tad above.  It is the buyers who are willing to pay more than the advertised price and some vendors who are conservative in setting their reserves (and rightly so as in some cases are no comparable sales to demonstrate they should be setting reserves where the properties are selling).

Two apartments I wish to mention that sold over the weekend for large amounts over their reserves demonstrates the importance of X Factor when buying properties.  X Factor could be in the form of size of the property, floor plan, outdoor space, location and so on.  It’s the X Factor that makes a property a standout (and scarce) and usually results in strong demand.  Two good examples which are mentioned below in the auction results are:

Both of these properties are located in high density locations but because they both have some very special attributes is what made them hugely popular amongst buyers.  The photo above is the auction of the property in Drewery Lane which attracted a huge crowd and a lot of bidders.

We have one more weekend of auctions left before a quiet Grand Final weekend and then traditionally enter into two months of higher auction volumes so it will be interesting to see how the property market performs as stock levels rise. 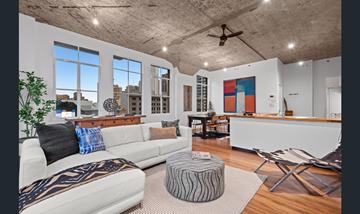 A huge crowd attended the auction of this three bedroom, two bathrooms, one carpark apartment in the heart of the CBD.  Bids were flying from all directions on the property quoted at $800,000 – $850,000 prior to auction.  Even though the price quote seemed low, the property was announced on the market at $900,000.  The bidding got fierce from there with it being impossible to count the bidders as they were bidding over the top of each other.  The property sold for a huge $1,335,000. 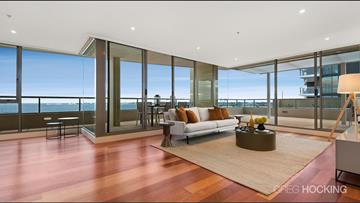 Likely to be the biggest result from the weekend this three bedroom, two bathroom apartment sold for a whopping $1,540,000 over reserve.  Four bidders in total tried to secure this large apartment with city and bay views with two at the end going head to head with a downsizer securing the keys.  The property was announced on the market at $2,800,000 and sold for $1,540,000.  This block is highly sought after in the Port Melbourne area due to its direct beach access and large floor plans. 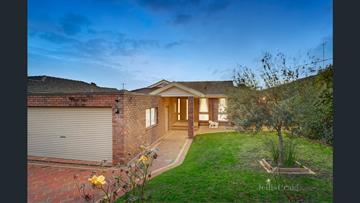 Quoting $950,000 prior to auction, this four bedroom, two bathroom single level home in good condition attracted bidding from four bidders with the auction starting on a strong opening bid from a buyer’s advocate. The home boasted a traditional floor plan and is very liveable with an opportunity to update later down the track should the buyer whish to.  The buyer’s advocate took on the other three bidders and stayed strong to secure the property for her client at $1,100,000.