The clearance rate surged to 76% on the weekend again demonstrating that more properties are required on the market.  We are still in a balanced market but if the clearance rate increases any further, we will be at risk of being in a sellers market.

There were 375 auctions on the weekend with 230 selling at auction, 55 before auction and an additional 129 private sales.  The clearance rate for houses was 78% and 74% for apartments.   In comparison, there were 536 auctions the same time last year.

APRA reported last week that three of the four major banks have experienced strong growth in their mortgage portfolios one month after the election.  Interestingly, the increase came from owner occupiers. Banks are still taking longer to process applications due to the outcome of the Royal Commission and now the increase in applications.  Which means there are still many buyers were are keen to get into the market but are still not quite ready to do so.

We will welcome the increase in properties coming on the market over the next few months as we creep closer to the crazy spring season.

We had a busy week at Elite last week securing properties in Elwood, Greensborough, Docklands and Beaumaris for both investors and owner occupiers.  Biggest congratulations to our super happy clients.

Have a great week and stay warm. 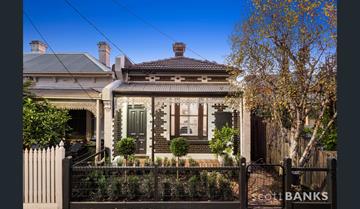 150 turned up to watch the competitive auction of this single fronted home in Prahran.  The agent suggested 20 contracts had gone out prior to the auction.  The home was quoted at $900,000 to $990,000 but wasn’t announced on the market until $1,200,000 during the auction.  That is not to say the auction hadn’t reached the reserve much earlier than when it was announced.  9 bidders attempted to buy this and more who didn’t put up their hand with the property selling at $1,295,000. 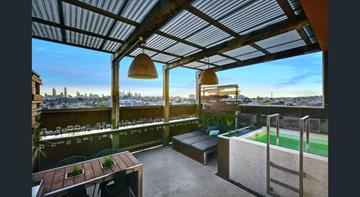 Downsizers appear to be back in the market now that property prices are recovering.  But the true test was whether the vendor could recover the $1,940,000 they paid for the property at the peak of the market in 2017.  They did, and smashed it.  Reserve was announced at $1,880,000 (showing the vendor did not believe they would achieve more than what they paid) with four bidders trying to secure the funky townhouse with lift.  Three downsizers were part of this mix however missed out to a family who took home the keys.

Again a huge crowd attended the auction of this four bedroom, one bathroom homes in need of repair but wasn’t scarce of willing parties to do the work. Seems numbers were generally high at auctions over the weekend. A deceased estate, the property was quoted $1,150,000 to $1,250,000 prior to auction.  The property was announced on the market at $1,200,000 and sold well above that for $1,460,000.  The buyer was a family who lived in the area and is intending to extensively renovate the property.