Another weekend of low stock, but the good news is that fresh properties are arriving on the market ready for a spring surge. 81% clearance rate was achieved this weekend from 756 auctions held, with 611 selling and 145 being passed in, 63 of those on a vendor bid. There were also an additional 345 private sales reported.

This being the beginning of the Victorian school holidays, many buyers are holding off on attempting to buy until the new range of properties arrives on the market. In fact, it looks like late October (22 – 23) is fast shaping up to become a booming weekend for auctions in Melbourne.

We expect to see over 1000 auctions held next weekend, before the AFL grand final week. 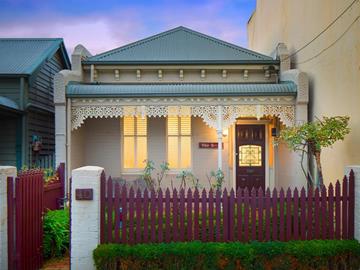 40 Spensley Street, Clifton Hill. Sold for $1,405,000.
This picturesque terrace with second frontage to George Street, close to Village cafes, station, Spensley Street Primary and Yarra parkland epitomizes the enduring appeal of Clifton Hill. The auction attracted a cross section of buyers including a young couple, downsizers and an investor, who all helped push the sale price well above the reserve. It was the investor who walked away with the keys for this two-bedroom property which was declared on the market at $1.27 million. 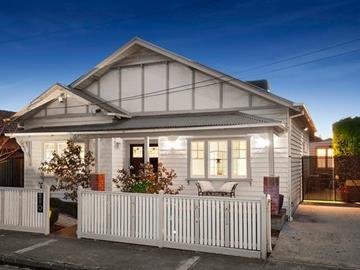 52 Dudley Street, Footscray. Sold for $956,000.
A price guide of $775,000 attracted plenty of young couples and families along to this renovated four bedroom property. With six bidders in the mix, it was unlikely that there would be any bargain at this auction. After a vendor bid of $750,000 was followed by a trump bid of $800,000 from a couple, the auction quickly became very serious. The couple outbid every other person who attempted to buy it until no other contenders dared put their hand up. It was sold to the couple for $965,000. 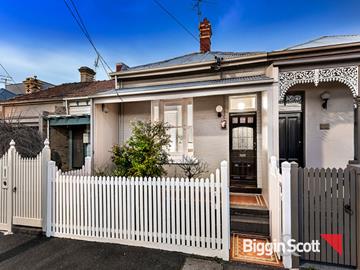 117 Lord Street, Richmond. Sold For $1,088,000.
Filled with light, this 2 bedroom Victorian’s impressive proportions are matched by the outdoor appeal of its open landscaped rear garden. After the opening bid of $900,000 was met with silence, it looked like it might have been a short-lived auction. But after a vendor referral, things started up again with some fresh bids arriving. It was the first bidder at the auction who ended up becoming the new owner in front of a crowd of 50. The price reached $1,088,000 when the auctioneer again referred to the owners before declaring the property on the market. No further bids were received and it was announced as sold to a young man.