There were 343 properties sold at auction in Melbourne, with 74 selling prior to auction and 313 being passed in, 170 of those on a vendor bid. In addition to the auctions, there were also 192 private sales. The result, was a clearance rate of 57%.

As the market becomes more balanced between buyers and vendors, first home buyers seem to be rushing back into the market whereas the downsize market remains quiet (generally speaking).

We are seeing more properties being sold before auctions due to vendors not wanting to risk losing a good offer come auction day. Many buyers are also sitting on their hands waiting for properties to pass in.

Melbourne’s outer suburbs continue to produce more strong results. And again, we are still seeing some suburbs within Geelong and the outer ring of the West and South East produce some great opportunities for buyers. 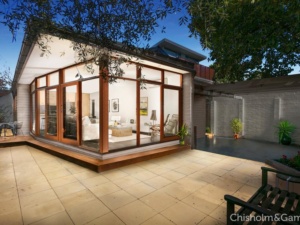 On a blustery day in Melbourne around 48 people attended the auction of a 3 bedroom single level home in Elwood. This home offered an established private inner city escape, craftsman built with timeless finishes and free from body corporates. Only minutes to shops and transport, and a heartbeat to Elwood Village cafes, boutiques and restaurants, walk to Elsternwick Park, the beach and the local schools. The opening bidding started out at $1,175,000 and was fought out between one other bidder. The property was announced on the market at $1,200,000 with bid increments of $10,000 then slowing down around $1,300,000 to later sell for $1,350,000. 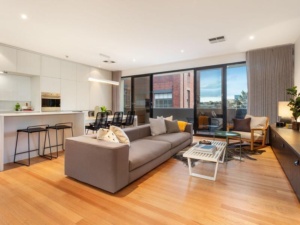 In a super central Richmond position and north facing, this outstanding top-floor apartment went to auction in Richmond. With its sweeping uninterrupted views across Richmond Hill added a breathtaking perspective to the brilliant design and contemporary style of this luxuriously-appointed apartment. The auction was attended by around 65 people with 5 bidders for the property. The auction demographic was predominately middle aged professionals. The starting bid kicked off as a vendor bid of $840,000 with $10,000 bid increments to start. At $970,000 the apartment was announced on the market, and in the end after a flurry of bids the final bid and knockdown price of $1,850,000 was achieved. 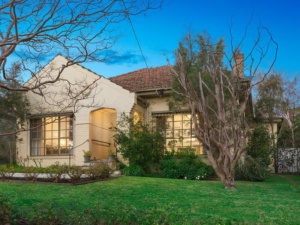 This lovely 3 bedroom period home near Ferndale Park, with a 2 bathroom layout and a north-facing living room with kitchenette beside one of the bedrooms and bathrooms went to auction over the weekend. A decent crowd of people were in attendance at the auction for this period home with classic style and it’s prized position in Glen Iris. The property offered the winning bidder the potential to renovate or reinvent the home which already came with an elegant kitchen including Blanco and Asko appliances. The property at the end of the bidding was sold for $1,795,000 under the hammer.