I hope you all had a lovely break.  Even though the property market did quieten down over the school holidays, some transactions were still occurring.

Last weekend was a relatively quiet auction weekend with 378 auctions conducted of which 170 sold at auction, 45 before auction and 134 private sales.  The overall clearance rate was 57% with the houses clearance rates marginally higher than units (apartments, villa units and townhouses).

We will experience higher auction volumes throughout May albeit will likely be down on last year due to the Federal election coming up on the 18th of May.

The REIV released its median house price data for the first quarter of 2019 with the overall median house price falling to $793,000 which is down slightly by 1.4% from the previous quarter.  It should be noted the market has remained stable overall but some suburbs were already showing signs of recovery.

Glen Iris and Balwyn North recorded increases of 4.3% and 4.2% respectively and Eltham and Greensborough also saw healthy median house price rises.  Overall though it seems to be the more affordable suburbs such as Sunbury, Narre Warren, Point Cook and the likes that are experiencing price growth due to the house prices being more ‘affordable’ under $600,000.

There is still a consistent pattern of vendors not meeting the market on auction day and I believe this makes up the majority of the auction pass-ins.  We are witnessing many auctions with active bidding passing in to for the highest bidder to negotiate.  It is still taking time for some vendors to realise their property is not worth the same price as what would have achieved the same time last year.

On another note, we are offering free property portfolio assessments so please feel free to contact David Easterbrook or myself on 03 9592 1122 if you would like to discuss how your current properties are performing and structure a plan moving forward. 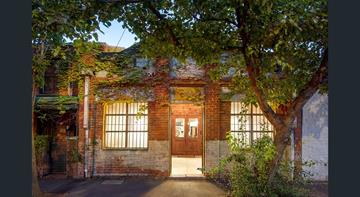 A well known taxidermist and jeweller sold her Collingwood warehouse over the weekend with interest from three bidders.  The property was quoted at $1,250,000 to $1,300,000 prior to auction and due to its uniqueness, was always going to be a property of interest to some.  The three bedroom, two bathroom home has history and used to be a button factory and was Collingwood’s first Scout Hall.  The bidding commenced at $1,200,000 and sold for $120,000 over reserve for $1,420,000.

The downsizer market seems to be a touch more active this year with good quality single level, low maintenance homes selling well under competition.  In an unusual situation, a 10 year old bid on behalf of his grandfather to win the auction.  Five bidders fought to secure this property with a rapid series of bids.  The property was announced on the market at $960,000 and sold for $120,000 reserve to the downsizer for $1,080,000.

This two bedroom, one bathroom renovated period home with a very good floor plan last sold in 2015 for $1,130,000.  The home is well located close to Ripponlea shops and train station.  Two bidders again being a mix of a first home buyer and a downsizer were actively bidding to try and secure this home.  The property was announced on the market at $1,180,000 and sold to the downsizer for $1,215,000.