Over 1000 auctions held across Melbourne over the weekend.

Melbourne’s auction clearance rate dipped only slightly this weekend, but the market conditions remain even. Crowd numbers were certainly strong at the auctions we attended on the weekend, with many auctions attracting around 3 to 4 bidders.

Some vendors have offered extended settlement dates of 180 days to increase buyer confidence to bid, and in most cases the properties sold 5 to 10 per cent above the reserve.

With the Labour Day holiday next weekend, there are only a small number of auctions scheduled. 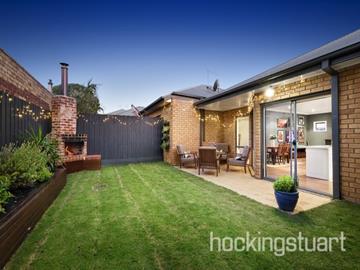 1/37 Church Road, Carrum. Sold for $662,000
A smart unit with street frontage, manicured gardens and bamboo timber floors drew a large crowd to the Carrum address. With the newly developed Patterson Lakes town centre up the road, Patterson Lakes Marina, local beaches, cafes and shops all within reach this three bedroom property was attractive to families, as well as first home buyers. An opening bid of $500,000 was met with a counter bid of $10,000. When the bidding reached $570,000, the first bidder increased the pressure, with a $600,000 bid. From there several other parties joined in and overtook the knockout bidder, until a remarkable result of $662,000 was achieved. First home buyers didn’t stand a chance. 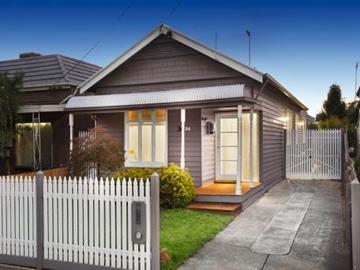 98 Creswick Street, Footscray. Sold for $856,000
An updated and extended 2 bedroom free-standing Victorian home drew a crowd of around 50 people to view the auction. At the end of the auctioneer’s opening spiel, no one was willing to raise a hand and make the first move. A Vendor bid of $750,000 was made, and had the right effect on the crowd, with a $760,000 bid soon following. A second bidder and then third bidder joined in with $10,000 bids quickly pushing the price to $820,000 when the rises lowered and bidding then stopped at $850k. After a short half time break the property was announced on the market, and it took only a few more bids before the hammer was brought down for $856,000. 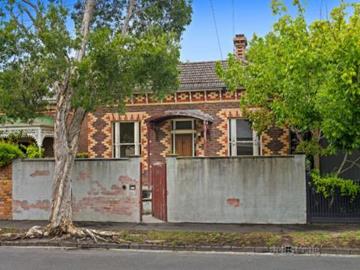 28 Lorne Road, Prahran. Sold for $2,105,000
This double fronted Hawthorn brick Victorian home located in sought after Hawksburn Village, offers a blank canvas with a potential for restoration, contemporary renovation or extension, STCA. Barely livable in its present condition, this property sold for almost $300,000 above the reserve with tough competition from five bidders. The confident opening bid of $1.8 million was met with a second bid of $1.9 million, and the property was soon announced ‘on the market’ at $1.96 million. The bidding slowed down, and the final bid of $2,105,000 saw the property sold to a Prahran resident as an investment.