In Melbourne there were 1083 auctions held, with a clearance rate of 78 per cent recorded, compared to 75 per cent last week. Of the auctions held, 843 sold and 240 were passed in, 116 of those on a vendor bid. In addition to the auctions held, there were also 350 private sales.Kim Easterbrook featured in Domain over the weekend speaking about how the market is reflecting that properties with courtyards are in high demand. The Elite team attended multiple auctions over the weekend showing that buyers are being pushed out of purchasing houses, but are still wanting some kind of outdoor space to compensate.Auction numbers are up significantly on last week, but still not as high as the 1341 auctions held on the same weekend last year. Nevertheless, the market is showing strong signs of continuing its momentum, and rising further.At this time of year, buyers are enthusiastic and eager to take advantage of the fresh stock that has arrived on the market, as they have had to wait through the inactive summer period. The big test of the 2016 market will be in March and April with increased stock levels.Next weekend, more than 1,160 properties are scheduled for auction. 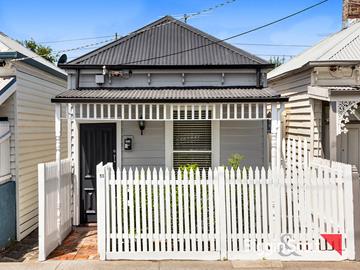 53 Bunting Street, Richmond. Sold for $923,000
Just a short stroll to Swan Street and Bridge Road’s cafes, and shops, the Yarra River and parklands, and transport to whisk you into the city, this two bedroom single-fronted Victorian presented a great lifestyle opportunity in a winning location. Around 50 people squeezed into the one way street for the auction to witness the opening bid of $750,000 begin proceedings, but the auctioneer was met with silence during his attempts to coax another bid from the crowd. The half-time break did the trick, with a second bidder taking on the first bidder with $10,000 rises from $750,000 to $880,000. The bids slowed down to $3,000 rises from the second bidder, and $7,000 rises from the first bidder, until  the second bidder eventually won the keys for $923,000. 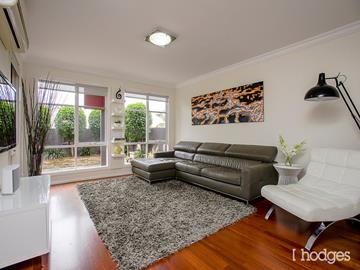 1a St James Street, Ascot Vale. Sold for $770,000
This impeccably presented 3 bedroom townhouse, brilliantly located close to the Maribyrnong River parklands, numerous schools, and Union Road’s shopping, dining and public transport options all a short a stroll away, attracted a strong crowd of around 30 people. The opening bid of $660,000 started the auction, and was answered by another three parties who all helpd push the price up in $10,000 rises, then $5,000 rises. The attractive townhouse was announced on the market at $765,000 when bids slowed down to $500 rises, and was announced as sold at $770,000. 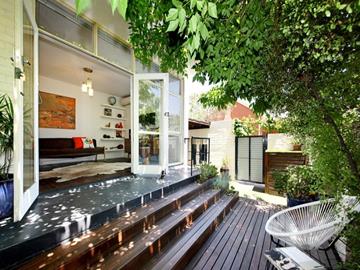 2/23 Camden Street, St Kilda East
This two bedroom ground-floor apartment with a north-facing wrap-around outdoor entertaining area, just a few strides from funky cafes, boutique shops, trains to the city and trams to Chapel Street or St Kilda beach. More than 100 people attended the auction of this property with its own street frontage to Edward Street, a private entrance and remote garage. The auction commenced with a genuine bid of $600,000 and was fiercely contested by 5 other bidders, who appeared to be a mix of first home buyers, upgraders and down sizers attracted to the easy lifestyle this property presented. The property sold under the hammer for $725,000.