2016 a strong start for Melbourne Property

2016 has started off strongly in the Melbourne property market, with higher numbers of listings than the same time last year. This weekend in Melbourne there were 438 auctions held, with a clearance rate of 78 per cent recorded, compared to 73 per cent last week. Of the auctions held, 270 sold and 96 were passed in, 39 of those on a vendor bid.

Interest in the property market is strong, and the listings are tracking significantly higher than this time last year. With attendance up at open houses, auctions over the next four weeks will be a good indication of where the market is placed for 2016.

Upsizing families are returning to the market after not being successful in late 2015, yet the supply still has some catching up to do. On the other hand, first home-buyers are in a good position right now, with apartments being in good supply.

The past few weeks have also seen some activity amongst Bayside residents with Dendy Beach bathing boxes becoming hot property. The standing record for a bathing box has been broken, going under the hammer for $295,000.

More than 900 auctions are expected to be held in Melbourne next weekend. 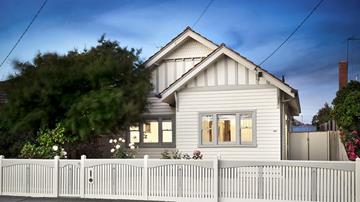 226 Essex Street, West Footscray. Sold for $861,000
A hot auction took place at this renovated three-bedroom home with significant period character and superb modern elements. The first genuine offer of $740,000 quickly attracted another two interested parties into the bidding pool. As the house reached its $800,000 reserve, a fourth bidder joined in, but it wasn’t until the price reached $825,000 that a fifth would-be buyer stepped in causing a collective gasp from the crowd. The final bidder walked away with the keys after a challenging 16 bids, with the house selling for $861,000.

340 Howe Parade, Port Melbourne. Sold for $966,000
A one bedroom cottage on 283 square-meters of land, only three blocks from the beach was recognised by six hopeful buyers who saw the potential. The property comes with a planning permit to upgrade the property to a three-bedroom, two-storey home. A vendor bid of $740,000 started the auction, and bids proceeded quickly after that until the property was announced on the market at $810,000. The final bid was $166,000 above the reserve, and it came from an owner-occupier. 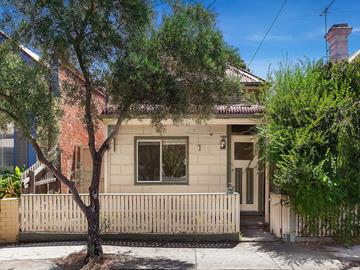 7 Harper Street, Northcote. Sold for $975,000.
An unrenovated single-fronted Edwardian, set in an exclusive cul-de-sac with a functional design, original period details and untapped renovation/extension potential (STCA) attracted fierce competition. Bidding began at $850,000, with bids flying at $10,000 increments taking the price all the way up to $970,000 in less than one minute. Gathering his breath during a quiet moment from the crowd, the auctioneer announced that the property had surpassed the reserve price, and there would be no half-time break. A fourth bidder attempted another offer with a $2,500 rise, yet it was another bidder who offered $2,500 more to become the new owner.