It was the biggest auction day in Australia’s history, with approximately 5,800 auctions taking place in all of the capital cities, 1,467 of those occurred in Melbourne. A clearance rate of 67 per cent was recorded in Melbourne on the weekend, compared to 65 per cent last week. Of the auctions held in Melbourne this weekend, 981 sold and 486 were passed in, 218 of those on a vendor bid. In addition to the auctions, there were 428 private sales reported.

Buyer’s wishing to snap up a bargain before the end of the year had their best chance this month – with high auction numbers and clearance rates below 70 per cent, the conditions were definitely in favour of buyers. It has been a record month, with about 5,700 auctions held, 300 more than in November last year.

The surge in listings this month has been a benefit to buyers, particularly in the eastern suburbs and some inner-city areas of Melbourne. In these areas, the market has relaxed a bit and the high prices that were being achieved between March and May have slowed, with many properties only just making their reserve price at auction.

With a few weeks left of the 2015 market, there are still plenty of opportunities for buyers to make their move.

9 Davies Street, Newport. Sold for $1,379,000
A renovated four bedroom Victorian with a price guide of $1.2 million went under the hammer on Saturday. On offer was an entertainers delight with two outdoor areas and a large designer kitchen. There were five bidders vying for the property, with the first offer of $950,000 immediately being topped by a $1.1 million vendor bid. The bidding then picked up as the other four eventually chose to raise their hands. The property sold for $54,000 above the reserve, to a woman who outbid the other hopefuls with a final price of $1,379,000. 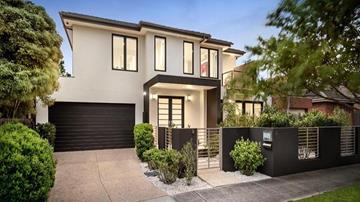 6 Jenkins Street, Caulfield South. Sold for $1,426,000
It wasn’t just the quote prior to auction of $1.15 million to $1.3 million that attracted buyers to the auction of this contemporary four bedroom, three bathroom home – the flexible floor plan, location within the Caulfield school zone and proximity to public transport and amenities made this property a winning purchase. It was two young girls who made the first bid of $1.15 million, on behalf of their mother overseas. They were challenged by a woman who offered $1.2 million, but the young girls continued to outbid every offer the woman made. The price sailed past the reserve of $1.3 million, and the girls won the keys at $1,426,000. 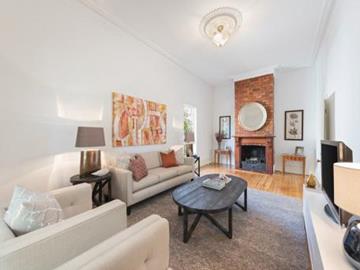 39 Spencer Road, Camberwell. Sold for $1,755,000
The prized leafy location of this weatherboard home with 3 bedrooms and plenty of room to extend, or rebuild was surprisingly slow at auction. With no movement the auctioneer put forth two vendor bids, the second at $1,425,000 attempting to awaken the sleepy auction crowd. It seemed to work as three hopeful bidders made themselves known. At $1.72 million, the property was announced on the market, and it was a late entrant who joined in and won the keys with only one bid of $1,755,000.