This weekend Melbourne recorded a clearance rate of 71 per cent, compared to 73 per cent last week. There were 1358 auctions held on the weekend with 964 properties selling and 394 being passed in, 181 of those on a vendor bid. In addition to the auctions, there were 383 private sales reported.

Clearance rates have eased since the autumn highs of 77 per cent to 81 per cent, and have continued to remain steady around the low 70 per cent range. As expected, the high volume of choice has resulted in more auctions with only two bidders, instead of the five or six bidder auctions experienced earlier this year.

With talk of prices rising in Melbourne next year by between 5 and 7 per cent, buyers are highly motivated to secure their purchase now.

Has your suburb been included in this list of suburbs that have doubled in property value in the past decade? St Kilda West and Mont Albert have topped the list with their median house values increasing over 200 per cent since 2005.

We would like to thank everyone for their support and kind words about Kim Easterbrook becoming a finalist for the 2015 REIV Awards for Excellence in the category of Buyer’s Agent of the Year.

Next weekend, there is an expected 550 auctions to be held. This is the largest number of auctions held on Melbourne Cup weekend, and more than double the number held on the same weekend last year. 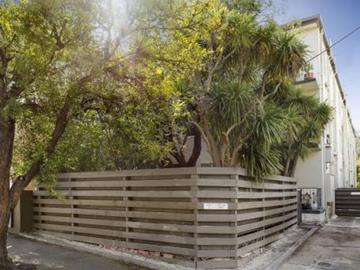 1/35 Hill Street, Hawthorn. Sold for $570,000
Around 30 people attended the auction of this two bedroom ground floor apartment. The large courtyard and private access directly from the street held a lot of appeal as the apartment itself was still in need of some updating. The bidding was opened by a young man around the price quoted prior to the auction ($500K) and a second bidder didn’t waste much time joining the action, going back and forth in $10K rises until it hit $540K. The auctioneer then agreed to accept rises of $5,000 up to $560K where the second bidder dropped out. The auctioneer conducted the customary half-time break and upon return when there were no further bids, the property was passed in to the initial bidder for negotiation. 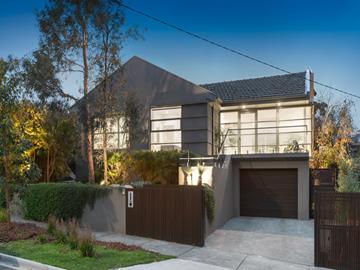 10 Heather Court, Hawthorn East. Sale price undisclosed.
Steve Abbott of Jellis Craig opened the auction of Heather Court reminiscing about an auction at the same address 8 years earlier when the property was just a dilapidated old brick home. Since then the new owners have largely rebuilt and the end result is a stunning custom designed home with quality finishes. On about 451m2 it is not a massive property but in the heart of Hawthorn East’s family precinct, it is one that is highly sought after. With an opening vendor bid of $1.75m the mostly Chinese crowd remained silent forcing Abbott to deliver another 2 vendor bids before retiring inside for instructions. Once back in front of the relatively small crowd of about 40 or so onlookers Abbott finally received a genuine bid of $1.84m. Another man then offered $1.9m – but that was to be his only bid – leaving the first buyer the advantage of only needing one further bid at $1.92m before the property was passed in to him. 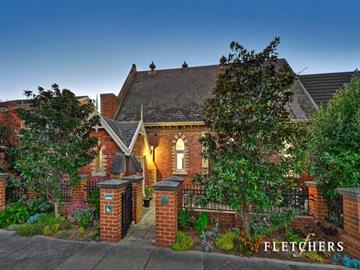 19 St Georges Avenue, Mont Albert. Sold for $1,400,000
Built in 1886, this beautiful church has been treated to architectural design that transformed the property into a majestic three bedroom, two bathroom home. Some of the 80 onlookers at the auction had been married or christened at the property. Downsizers at the auction were keen to put their hands up, and the auctioneer had no trouble getting a $1.1 million offer from one couple. However three other groups joined in to try to gain the keys, helping the price grow. It was a local buyer who managed to outbid their competition, for the price of $1.4 million.