This weekend Melbourne recorded a clearance rate of 74 per cent, compared to 72 per cent last week. There were 1101 auctions held on the weekend with 816 properties selling and 285 being passed in, 124 of those on a vendor bid. In addition to the auctions, there were 371 private sales reported.

The September quarter results have been announced, and there is a new record for median house prices in Melbourne’s property market, with an increase in median prices to $729,500 in the three months to September 30th. The median apartment prices also increased by 2.6 per cent to $532,000. Houses in the middle and outer suburbs experienced the strongest growth – up 4.4  and 5.1 per cent respectively.

Bayside suburbs have attracted strong competition in recent months, with Brighton, Seaford and Dromana topping the list for price growth in the September quarter.

These results are a clear indication of a high level of buyer confidence, whilst sellers are also benefiting from large numbers of auctions, strong clearance rates and lower interest rates.

Westpac’s decision to increase mortgage rates by 0.2 per cent has appeared to have little effect on buyers as yet. Next weekend there is an estimated 1500+ auctions to be held across Melbourne. A busy weekend that will no doubt test the strength of the market once again. 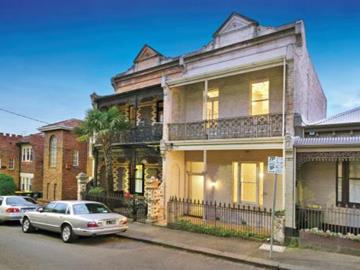 37 Leopold Street, South Yarra. Sold for $2,550,000
Just metres from the Botanic Gardens, this derelict terrace which once housed squatters sold for $600,000 above reserve. As one of the last unrenovated properties in the Domain precinct of South Yarra, this terrace house attracted plenty of building inspections and architect visits with potential buyers in the lead up to the auction. The first vendor bid of $1.5 million was met with $25,000 rises from different directions. Six bidders joined in the heated contest, until the hammer was finally brought down to a local South Yarra family for $2.55 million in front of a crowd of 150 onlookers. 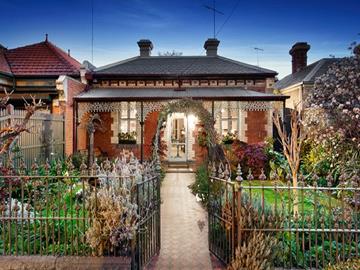 71 Chapman Street, North Melbourne. Sold for $2,780,000
Set on over 500 sqm of land, “KURRAJONG” presents a mix of period grandeur, extended design and family flexibility within this four bedroom Victorian. With a quote prior to auction of $2 million to $2.2 million gave some direction for the crowd after the first offer of $1.9 million kicked off the auction and the auctioneer bravely asked for rises of $100,000. The bids came from several directions, and at $2.45 million the property was on the market before the final bid of $2.78 million was accepted, and the keys were won by the last group to enter the bidding. 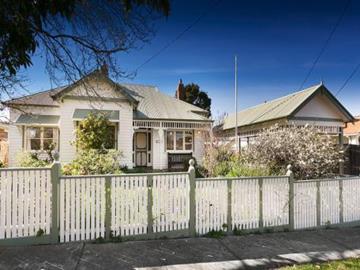 8 Balmoral Street, Essendon. Sold for $1,520,000
A versatile design, multiple living zones and leafy garden surrounds makes this 5 bedroom family home with an pre-auction quote of $1.24 million to $1.4 million, a very attractive piece of real estate. The auction was extremely competitive, with four bidders throwing their hands up more than 50 times between them. The bidding slowed down to rises of $2500 before finally being announced “sold” to a family who joined in the bidding quite late, for $1.52 million.