This weekend Melbourne recorded a clearance rate of 74 per cent, compared to 76 per cent last week. There were 1113 auctions held on the weekend with 819 properties selling and 294 being passed in, 120 of those on a vendor bid. In addition to the auctions, there were 433 private sales reported.

– auction volumes increased by 38 per cent

– property listings increased by 35 per cent

– auctions comprised about 30 per cent of sales in September with approximately 4,120 auctions held, and the overall clearance rate was a solid 74 per cent.

This weekend’s results reveal that downsizers are creating a large pool of family homes flooding onto the market this spring, as people in their 50s and 60s are taking advantage of strong price growth for their family homes. This activity has also created a higher demand for single-level compact homes such as villas and period cottages.

The upsizers – families needing to upgrade to a three or four bedroom house, are enjoying the extra choice in available stock made possible by the increased buying and selling by baby boomer property owners.

We are also proud to announce that Kim Easterbrook has been named as a FINALIST in the category of ‘Buyer’s Agent of the Year’ in the REIV 2015 Awards for Excellence. The awards will be held on Thursday 22nd October.

With such a healthy market at the moment, we are looking forward to two consecutive super Saturday weekends scheduled for the coming fortnight. 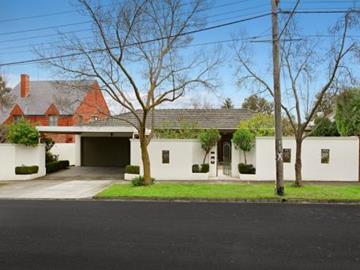 9 Tahara Road, Toorak. Sold for $4,905,000
Gerald “The Bull” Delany introduced 9 Tahara Court, Toorak to a mixed crowd of developers, home site buyers and onlookers. The tired but expansive 1980’s built home attracted a bevy of well-known and well-heeled Melbourne estate agents, one of whom opened the bidding at $4.1m (Kay and Burton’s quote was $4M+ for the just under 700m2 holding). The bidder didn’t have to wait long to have his bid countered as two, then three further bidders joined the party. The property was on the market at $4.5m and it was on. Aggressive bidding by the first bidder, appearing to have a client on the end of a phone, soon outbid all but one competitor who was not letting go easily. The lady, an Asian woman was almost as aggressive as he was, and her patience and steady bidding soon paid off when he was out at $4.905m. “The Bull”, at his finest, slammed the gavel down and the keys to the single level family home were once again exchanged. 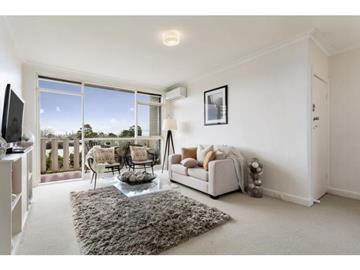 6/50 Leura Grove, Hawthorn East. Passed in at auction.
A small group of around 15 people gathered in the shade of the large trees lining Leura Grove as the auction for the two bedroom top storey apartment went under way. One of only twelve in the development with a lock up garage and views of the city, it was surprising that less people had come to see the action. The auctioneer was met with nothing but silence as he asked for the first bid, eventually placing a vendor bid of $500,000 in the hopes it might entice someone to throw their hat in the ring. After a brief ‘half-time break’, the auctioneer was very pleased to find a bid of $5,000 from a lady avoiding the hot sun. When no one would offer a competing bid, he placed a second vendor bid of $520,000 and passed the property in to the crowd. 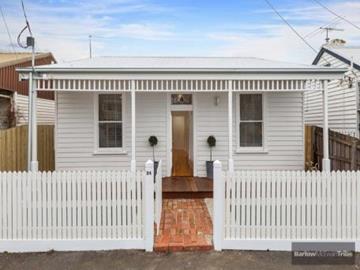 24 Union Street, Williamstown. Sold for $870,000
This recently renovated double-fronted Victorian in the historic part of Williamstown has three bedrooms and a freshly modernised bathroom and kitchen. The pre-auction price guide of $780,000+ was an attractive price for two would-be buyers who put their hands up at the auction. An opening bid of $780,000 fuelled the competition, and when the auctioneer asked for a $20,000 rise, he got it. But the power bids between the two parties was short-lived because at $820,000, the increments dropped to $10,000. The auctioneer stepped inside for instructions when the auction stalled at $870,000, and returned to announce the property on the market. No further bids were made, and the hammer was brought down at $870,000.