This weekend Melbourne recorded a clearance rate of 74 per cent, compared to 76% last week. There were 993 auctions held on the weekend with 732 properties selling and 261 being passed in, 111 of those on a vendor bid. In addition to the auctions, there were 370 private sales reported.

The latest ABS data released last  week has revealed that house prices in Melbourne are again on the increase. After it was thought that Melbourne prices had peaked in March 2014, the latest reported quarterly growth of 4.2% in June was the biggest in Melbourne since March 2010.

Furthermore, the ABS has reported that Victoria (and NSW) are both creating more employment opportunities and are subsequently attracting both people migrating from overseas and interstate, which is trending as a shift away from the mining states. With higher population growth comes more demand for housing, which is one of the factors affecting higher property values in Melbourne.

A new record was reached in Mount Waverley, when a Regent Street property sprawling some 4097 square-metres was sold during post-auction negotiations for approximately $6 million. A developer won the right to negotiate after a bid of $5.55 million did not meet the reserve, and none of the 3 other bidders put their hands up. The new owner is yet to decide on the future of the property.

Next week, due to the AFL Grand Final there are approximately 65 auctions expected. 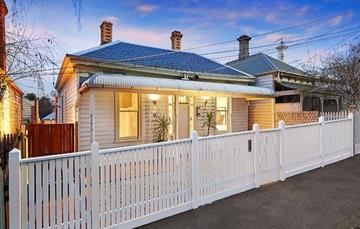 35 McConnell Street, Kensington. Sold for $1,451,000
This double-fronted re-designed three-bedroom two-bathroom period home immediately appealed, attracting a 70 strong crowd to the auction. An opening bid of $1.2 million was slightly lower than the quoted figure of $1.25 million to $1.3 million prior to auction, but it was enough to enliven the crowd with four bidders stepping in to the ring and pushing the price up to $1.4 million, when it was announced on the market. The first bidder stepped down, and it was the last party who joined the bidding whose strong bidding tactic was persistent enough to walk away with the keys for $1,451,000.

28 Cunningham Street, South Yarra. Sold for $2,230,000
On the market for the first time in half a century, this “diamond in the rough” presented in original condition in a sought after South Yarra location, had a crowd of 70 people attend the auction. The opening bid of $1.5 million started proceedings, and with an onslaught of $50,000 rises it wasn’t long before the property was on the market at $1.9 million, at which time the first bidder dropped out leaving two other parties to continue bidding. The auctioneer was keen to use first names, and he enjoyed the rivalry between bidders Chris and Barry, but it was Barry who bowed out first at $2.22 million, leaving Chris to take ownership for $2.23 million. 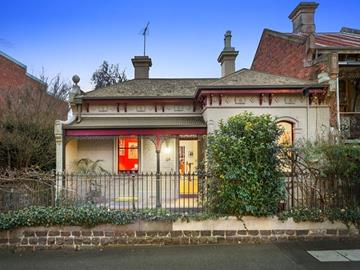 129 Park Drive, Parkville. Sold $3,520,000
A prestigious Parkville residence c1879, on two titles featuring a substantial landscaped garden and extra-wide double frontage with rear access, had a price guide of $3 million+. On auction day the opening bid came from a woman offering $2.8 million before the auctioneer had even completed his opening spiel. A man raised her bid by $100,000, spurring the woman to fight back; their bids quickly sailed into the low $3 millions. A third bidder then joined in, but it was the original lady who outshone her rivals and excitedly secured the home at $3.52 million.