This weekend was the first for 2016 with more than 800 auctions taking place. In Melbourne there were 852 auctions held, with a clearance rate of 77 per cent recorded, compared to 75 per cent last week. Of the auctions held, 656 sold and 196 were passed in, 94 of those on a vendor bid.

This weekend’s clearance rate is a good indication of the strength of the property market as the auction numbers for 2016 begin to climb. Some of the inner suburbs experienced cautious bidding, while the inner-bayide suburbs and inner west experienced tough competition amongst bidders.

The final weekend in February will see more than 1200 homes be auctioned – no doubt vendors are keen to get in early before next month’s holidays. This month has had the strongest February auction numbers than ever before, with more than 3000 homes going under the hammer. 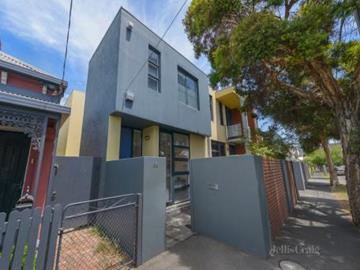 86 Somerset Road, Richmond. Sold for $965,000
Intelligently designed, this two-level, two-bedroom town residence close to Bridge Road held a price guide of low $800,000’s prior to auction. A similar property at 275 Highett St, Richmond sold last week for mid $900,000’s, so there was no surprise to see the popularity of this property, with five interested parties bidding for the keys. The heated auction saw the price sale past the conservative vendor reserve of $860,000, and sold for $105,000 more at $965,000. 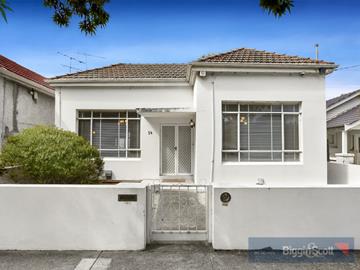 35 Spray Street, Elwood. Sold for $1,970,000
A block away from the beach, and close to Ormond Road shops and cafes, this 3 bedroom home on a 415 sqm, north facing block had a price guide of $1.6 million+. The auctioneer explained that no reserve had been set, and he would ask the vendor when the price was nearing her expectations. One bidder opened the auction with $1,488,000 and four others joined in. Rapid-fire bidding took the price up to $1.9 million, when the vendor was consulted. The bidding continued, and the property was announced on the market at $1.945 million before it sold for $1.97 million to a man buying his daughter her first home. 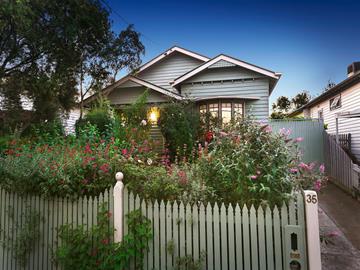 35 Wales Street, Thornbury. Sold for $1,395,000
This three bedroom Californian Bungalow close to lively High St, and Northcote Plaza was quoted between $1.1 million to $1.2 million before auction. The vendor bid of $1.1 million awoke a couple of potential buyers in the crowd. One offered $1.11 million, to which the other offered a rise of $10,000 more. These two parties maintained this bidding momentum past the $1.25 million reserve price, and all the way up to $1.395 million when the 2nd bidder gave up after a 36-bid battle.