As more stock arrives on the Spring market, auction listings are also up by 20 per cent on 2014 figures. This weekend Melbourne recorded a clearance rate of 75 per cent, the same figure achieved last week. There were 1007 auctions held on the weekend with 759 properties selling and 248 being passed in, 92 of those on a vendor bid. In addition to the auctions, there were 380 private sales reported.

In the year to date, there have been 25,800 auctions held in Melbourne – the highest on record for any year. And it is good news for buyers who can enjoy the choice in properties available during the peak season of the year.

Lower clearance rates and a slowing down of price growth indicates that the market has somewhat stepped off the peddle, and vendors will need to readjust their expectations with more realistic prices if they want to sell.

The higher interest rates for investor loans has had an effect on the market, while opening up the door for owner-occupiers to jump in. Suburbs in the outer Northern and the inner, middle and outer Western areas of Melbourne have seen buyers have a stronger influence on prices. 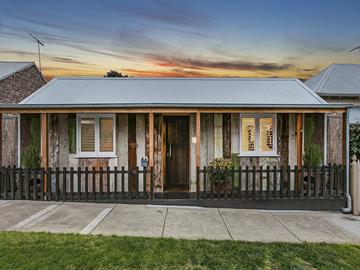 10 Frampton Street, St Kilda. Sold for $1,610,000
With the original house dating back to 1854, this property has been magnificently transformed into a clever, contemporary 3 bedroom home that reflects today’s modern lifestyles. The auction began with an opening bid from a man for $1.2 million, which was a low start considering the price guide was $1.5 million+. A second and third man stepped in and the price was pushed up to $1.59 million when the auctioneer announced “we are playing for keeps”. It wasn’t long before the truly unique property was sold for $1.61 million to applause from the crowd. 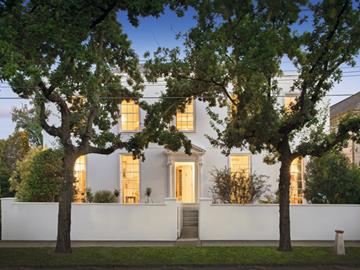 32 Heyington Place, Toorak. Sold for $4,605,000
In a highly sought after location and on an allotment of 708sqm, this four bedroom, two bathroom Georgian home with underground garages attracted around 100 onlookers to view the auction. The property has been with the same family since it was built in 1961, and held a price guide of high $3 millions+. The first bid to be placed at the auction was from a man offering $4 million, and this awakened the crowd as four other bidders emerged. Rises of $50,000 switched to $25,000 and then less, as a woman beat the other hopeful owners, to secure the home at just over $4.6M. 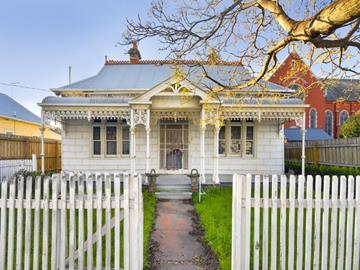 1 Barkly Street, Brunswick East. Sold for $3,400,000
A deceased estate sale of an Edwardian relic that has never been renovated, on a huge 1260 sqm block was the setting for a very popular auction on Saturday. A crowd of nearly 200 people gathered to see if the grand home, Glenvale, would sell for the first time in its 105 year history. It was an attempted knock-out bid of $2 million that began the auction and immediately put the home on the market. Hotly contested between five bidders including the local church and a developer who enjoys heritage property, the latter managed to secure the keys in a result that was beyond expectation to all.