A clearance rate of 78 per cent was recorded in Melbourne, compared to 73 per cent last week. There were 950 auctions held on the weekend with 741 properties selling and 209 being passed in, 89 of those on a vendor bid. In addition to the auctions, there were 371 private sales reported.

Conditions have been looking good for buyers as we head into spring – with low interest rates and more stock arriving on the market, there should be some great results in the coming weeks. In comparison to the volatile share market of late, property is being seen as a more stable option for investors.

The market is heading into a string of 1000+ auction Saturdays, and there will even be multiple weekends between September and December that host over 1500 auctions.

Winter listings have been up by 20 percent on 2014 figures. The opening weekend of the spring selling season will see over 850 properties go under the hammer next week. 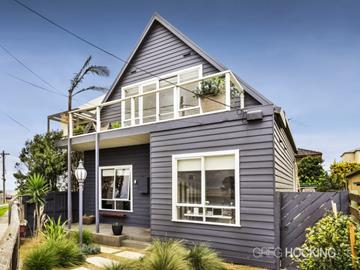 86 Morris Street, Williamstown. Sold for $1,803,000
A well located home with views over parkland and the bay, and with a price guide of $1.4 million+. This three bedroom, two bathroom home was the scene of a heated auction on Saturday. An opening offer from one woman of $1.3 million began proceedings, and was met by a counter offer of $1.35 million. The two bidders locked horns and continued with rises of $50,000 until the price reached $1.62 million, when the property was announced on the market. The second bidder reluctantly bowed out at $1,802,000 allowing the first bidder to claim the views for only $1,000 more. 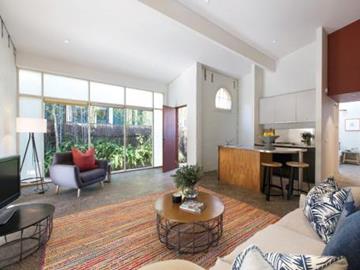 21 Joy Street, South Yarra. Sold for $1,303,000
An inspired and innovative conversion of an original c1900s stable, this sensational warehouse style residence with off street parking proved to be a popular choice as the crowd gathered awaiting the auctions start. At least six people from the audience wanted to get their hands on the property, which is on the verge of Hawksburn Village. A vendor bid of $850,000 immediately warmed the crowd up with the home reaching $1 million after only four bids. One man practised his golf swings as he called out more than 30 offers. But it was another super keen bidder equipped with his cheque book who was prepared to pay more than $300,000 above the reserve for this one bedroom warehouse-style house. 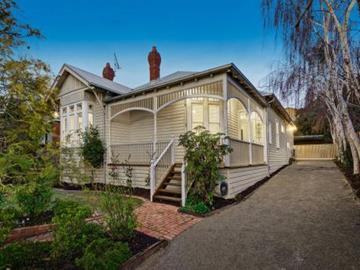 86 Malin Street, Kew. Sold for $3,225,000
This renovated Edwardian’s superb combination of charming period grace and stylish modern functionality is found on a deep and wide allotment of 836 sqm. A well landscaped block situated close to Kew’s private schools and shops was unsurprisingly over-run with families inspecting the three-bedroom home. A vendor bid of $2.4 million kicked off the auction in front of a crowd of over 90 people. One man jumped straight in with a $50,000 rise before a second vendor bid was made. Despite three other buyers attempting to win the home, the first bidder held strong and secured the keys at $3,225,000.