Another steady result in auctions this weekend with a clearance rate of 77 per cent, the same as last week. There were 735 auctions held on the weekend with 567 properties selling and 168 being passed in, 71 of those on a vendor bid. In addition to the auctions, there were 353 private sales reported.

There have been 22,000 auctions held so far this year, a number which is 14 per cent up from 2014. With this in mind, August is tipped to be a record month for Melbourne. Next weekend there are over 800 auctions expected, while the final weekend of winter has over 1000 auctions scheduled.

The current market in Melbourne has been tracking at around 30 per cent private sales, showing how effective auctions are for producing strong results. The results can be seen especially in the million dollar-plus market, where there has been a 60 per cent increase in seven-figure sales compared to the same time last year.

The scene is getting set for a very active spring market! 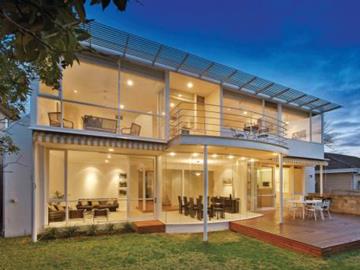 45 Flowerdale Road, Glen Iris. Passed in at Auction
Over 60 people squeezed into the back yard of this four bedroom home encompassing over 1100 square metres. Many were sunning themselves in the Northern light overlooking the tennis court at the rear of the property, which backs onto the Hill ‘n’ Dale park and bike track. The house itself was somewhat dated but no doubt was utterly luxurious in the ’90s. The excitement of the auction peaked unfortunately early with a dog on the loose shortly before the auctioneer placed a Vendor bid of $2.5 million to begin, looking for a real rise of $50K. After a brief halftime break, one gentleman finally raised his hand to bring the property to $2.55 million – and to bring the exclusive right of negotiation to himself with the property then passing in with no further bids. 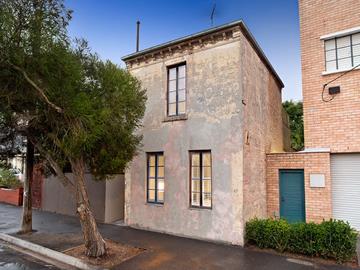 311 Nott Street, Port Melbourne. Sold for $1,475,000
Historically, this free-standing 2-storey brick home only had one bedroom, but a separate rear building has been added, which includes two more bedrooms and a contemporary feel. A crowd of more than 80 people gathered for the auction of this property, quoted prior to auction at $1.1 million+ and witnessed an opening bid of $1.2 million. It did not take long with three parties and seven more bids bringing the price up to $1.3 million. Another two bidders joined in to see the price escalate to $1.41 million where it was announced on the market, and it only took another eight bids for the property to sell to one of the fresh bidders for $1,475,000. 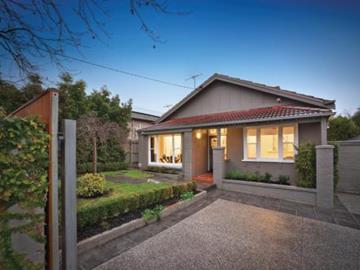 48 Pleasant Road, Hawthorn East. Sold for $2,301,000
About 100 spilled out onto Pleasant Road (ironically dubbed Unpleasant Road by its residents due to the masses of cars using it as a cut through on a daily basis) to see auctioneer Antony Woodley spruik the benefits of the updated and extended 1920’s home.

Opening on a vendor bid of $1.95 million, Woodley called for bids which he found in the form of 3 eager would be buyers. The property was on the market at $2.2 million after Woodley sought instructions from his vendors and the competition heated up from there. One bidder soon dropped out leaving two young families to fight it out for the keys to the door. After almost knocking it down 3 or 4 times, the hammer eventually fell to the family with 2 small children for a tidy sum of $2.301 million.