The 8th of the 8th was certainly a busy day for auctions in Melbourne, and the result for the weekend was a clearance rate of 79 per cent, compared to 77 per cent last week. There were 872 auctions held on the weekend with 689 properties selling and 183 being passed in, 87 of those on a vendor bid. In addition to the auctions, there were 369 private sales reported.

This weekend was the biggest auction day in August that Melbourne has ever seen – all spurred on by the lucky number 8. Many Chinese view transacting on the eighth day of the eighth month as lucky. Auction numbers were up 51 per cent compared to the same weekend last year.

Luxury real estate in Melbourne is still running hot, with results showing that Melbourne’s top tier properties gained a 7.9 per cent growth in value in the year to June 30, placing Melbourne in the top ten cities with the most growth in luxury properties worldwide.

While this weekend saw an unusually large number of properties go under the hammer, many buyers are still waiting for the A-grade properties to hit the market in Spring.

Next week, there are over 750 auctions scheduled across Melbourne. 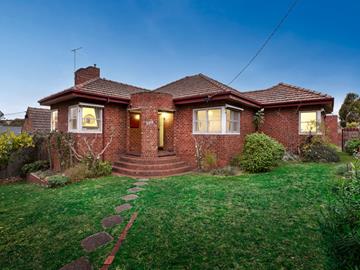 888 Riversdale Road, Camberwell. Sold for $1,440,000
In Chinese culture the number 8 signifies luck, so there was little surprise at the turnout of over 100 people (and two news crews) to 888 Riversdale Road on the 8/8/2015(2+0+1+5 = 8). With 3 bedrooms this 1940s red clinker brick home had no doubt seen better days and is in dire need of a renovation, or potentially a new home to be built on the 631 square metres of land. Quoting at $1.1 million+ prior to auction, the bidding was kicked off by a gentleman hiding in the crowd offering a $900,000 bid. The price quickly increased with $25,000 rises to over $1.1 million. At the half-time break, the property was still not on the market at $1.17 million. As the price climbed, more people seemed to be itching to get a bid in with one unlucky punter only making one bid of $1.43 million and missing out on the home which eventually sold to a developer for $1.44 million.

37 Mont Albert Road, Canterbury. Sold for $2,526,000
A 200 strong crowd of Chinese Australians and their families took over the footpath and road to watch auctioneer Alastair Craig of Jellis Craig sell a magnificent renovated 1920’s brick home on the corner of Mont Albert Road and Barnsbury Road in Canterbury. Amongst the 50 plus bids taken by Craig, at least 10 of them contained the lucky number 8, in various numerical order, but none won any of the eager bidders the keys to the door. As bids drew out to $1000 offerings (about 30 of them!), buyers were noisily on the phone taking instructions from whoever held the purse strings in their camp, hoping for another couple of grand to seal the deal. After much coaxing from one of the many Jellis Craig consultants who were there aiding the 5 or so bidders who came to secure their piece of the Golden Mile, it was a lady in her mid-50’s who, after nearly 45 minutes, eventually won the keys to the property for $2.526 million, almost $200k over the reserve. 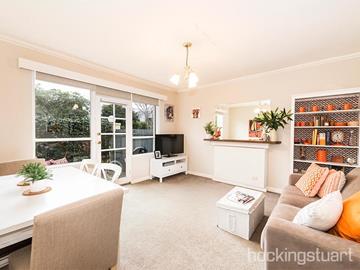 1/45 Foam Street, Elwood. Sold for $575,000
Quoted at $400,000 plus, the auction started very slow with all attendees sitting on their hands not wanting to be the first one to bid. The Agent ended up opening the auction on a vendor bid of $430,000 to try and stir on some audience participation from the 80 strong crowd. After a few minutes, an offer of $440,000 shook the audience awake, as it spurred on some competition between two bidders who tangoed up to $480,000 when the second bidder dropped out. A very keen third bidder stepped up to challenge the first bidder and the two went head to head until the third party was outbid at $495,000. Two more bidders attempted to stop the motivated buyer but to no avail. The young man (potentially a first home buyer) purchased the property for $575,000 and bought himself a great apartment in an excellent location.