This weekend, a clearance rate of 79 per cent was recorded in Melbourne, compared to 75 per cent last week. There were 687 auctions held on the weekend with 542 properties selling and 145 being passed in, 56 of those on a vendor bid. In addition to the auctions, there were 407 private sales reported.

We are now beginning to see a reduction of investors in the market due to the tighter lending restrictions brought about by APRA in early July. It is likely that we won’t see the full effects of this immediately as pre-approved loans may still be available to some investors.  As a result, we may see a slow down in the investor market which could help open the doors again for some owner occupiers and first home buyers.

Winter has caused some areas of Melbourne to have fewer than average listings which is not unexpected and in fact, the usual trend.  As a result of this, and strong prices, we should see an increase in listings coming into the silly Spring season.  This in-turn may stabilise house prices.

Stock listings have already started to rise due to the conclusion of the school holidays with 600 auctions expected for next week. 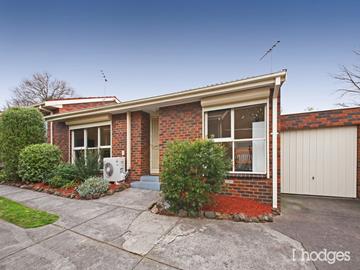 3/10 Higham Street, Cheltenham. Sold for $545,000
A small crowd of about 40 gathered in freezing conditions to see a smart, renovated villa unit, close to the Charman Road shops go under the hammer. Located at the rear of a boutique block, in a quiet cul de sac, this family friendly home appealed to first home buyers and investors alike. In calling for an opening bid, the auctioneer’s suggestion that we “should all be feeling warm as the market is so hot at the moment”, was met with silence until a vendor bid of $400,000 was made. Slowly the crowd responded with bids in $10k rises from 3 interested parties, until it slowed at $490,000. One of the bidders offered a $5000 rise and that’s where the auction stalled until a fourth bidder offered another $5000 just as the hammer was about to fall. This continued until all 3 bidders were out and the property was knocked down to the fourth bidder for $545,000, $10,000 above the reserve. 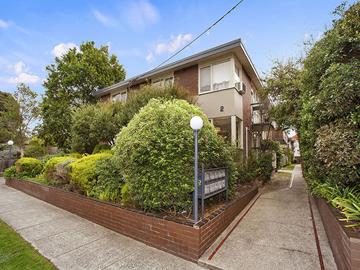 1/2 Victoria Street, Elsternwick. Sold for $660,000
This super-sized apartment with striking views from almost every room overlooking the greenery of Hopetoun Gardens, was quoted at $550,000 plus before auction. Amidst all of Elsternwick’s finest restaurants, transport facilities and sought after amenities, this apartment is truly in the heart of it all. Given the size and location, this two bedroom apartment was always going to be highly sought after, and the crowd of 60 people discovered just how tough the competition was at the auction. Four parties attempted to secure the property, with an opening bid of $550,000 being a strong start to the auction. Bidding was competitive from four sides, and the property was announced on the market at $620,000. But it was a gentlemens’ only bid of $660,000 that was enough to secure the property. 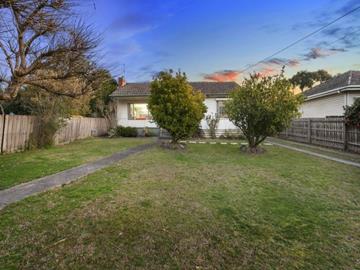 15 Marwarra Street, Ringwood East. Sold for $828,000
With a seemingly affordable price range of $540,000+, this three bedroom, one bathroom home in the Ringwood Secondary College catchment. Being on 669 square metres of land, it held wide appeal to investors, developers, renovators and owner occupiers. More than 100 onlookers attended the auction which saw six enthusiastic bidders drive the price up in an attempt to win the keys to this property. It was eventually sold for $828,000, well above the reserve. We are seeing more and more properties selling well in excess of reserve in the outer Eastern suburbs as first home buyers are being pushed further out of their targeted areas.

October 25th, 2021 Hi , Auction numbers are rising to levels close to what a normal Spring season should be

October 18th, 2021 Another big online auction weekend with 960 auctions being reported resulting in a clearance rate of 89%.