This weekend there was an auction clearance rate of 77 per cent in Melbourne. There were 508 auctions held on the weekend with 392 properties selling and 116 being passed in, 50 of those on a vendor bid. There were an additional 443 private sales reported.

Fewer auctions were held on the weekend, and the clearance rate was slightly lower as well. There were around 2,300 auction sales in June 2015 compared to 2,100 over the same period last year, so it will be interesting to see how July compares. Agents are suggesting that August and September will be very busy months, with the 8th of the 8th tipped to be one of the busiest.

Demand for houses remains very strong, while units are on average remaining on the market for longer. This is partly due to the larger supply of apartments available, and fewer 3 or 4 bedroom family homes. Our team typically sees 4 or more bidders at house auctions, suggesting that buyer demand remains heated.

Next weekend there will be a similar amount of properties auctioned – with approximately 524 auctions scheduled. 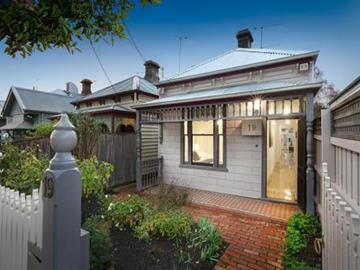 19 Lingwell Road, Hawthorn East. Sold for $1,400,000
A free-standing Edwardian 2 bedroom cottage with a quote prior to auction of $1.1 million+ had a crowd of 60 packed inside to escape the rain during the auction on Saturday. Five bidders raised their hands with offers to purchase, and it came down to the wire with a downsizing pair against a family. It was the couple who won with a final $1.4 million bid, and surprisingly this was the first time they had seen the property. The vendors had purchased this home 14 years ago for $417,000, now making almost $1 million on their investment. 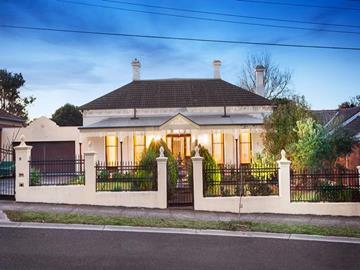 9 Malua Street, Ormond. Sold for $2,618,500
This exquisitely detailed 4 bedroom Victorian mansion is undeniably one of, if not THE grandest residence in the coveted McKinnon College Secondary zone. Built in the 1880s, and last renovated in 1980, this property had a quote prior to auction of $2.5 million+ and had two very keen bidders from families interested in purchasing.The property was on the market at $2,585,000, after which a late entrant jumped in to the bidding pool, but it was the first bidder, a local buyer, who held the highest bid of $2,618,500. 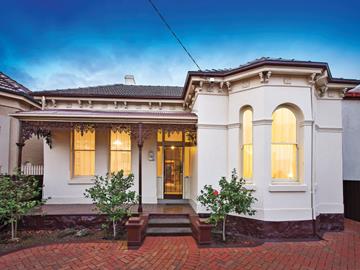 159 Wattletree Road, Malvern. Sold for $2,140,000.
A solid brick 4 bedroom Victorian home in meticulously maintained grounds was the setting for a fast-paced auction on Saturday where over 80 bids were placed. Despite the rain the auctioneer managed to keep track of the bids, starting only after he placed a vendor bid of $1 million. It was on the market at $1,325,000, when more bidders joined in, but it was a man taking instructions over his phone, who placed the winning bid of $2.14 million – which was more than $800,000 above the reserve.