Saturday’s auction market was again strong in Melbourne with a clearance rate of 79 per cent. There were 782 auctions over the weekend with 621 properties selling and 161 being passed in, 62 of those on a vendor bid. There were an additional 378 private sales reported.

Auction sales have continued to track higher with around 14,000 sales so far this year, the most auctions Melbourne has seen. This trend has spread further afield, with outer areas of Melbourne experiencing a 20 per cent increase in auction sales compared to the same time last year.

During winter, there have been fewer properties on the market and some buyers are finding conditions tough, with some auctions producing results well above the reserve price. Buyers who have been outbid at earlier auctions, are increasing their budgets which has in turn, boosted this year’s higher clearance rates, particularly in the inner suburbs.

The March quarter price index results showed that Melbourne property prices grew by 0.6 per cent, down from 1.3 per cent in the previous quarter. While Melbourne’s average rents rose 2.3 per cent, which was the slowest pace in a year. The slow rental growth may be contributing to concerns that Melbourne’s property boom is coming to an end, but investors are still attracted to the tax breaks in the form of negative gearing and discounted capital gains tax. Investors are still enjoying Melbourne’s very low vacancy rate, at 2.3 per cent. 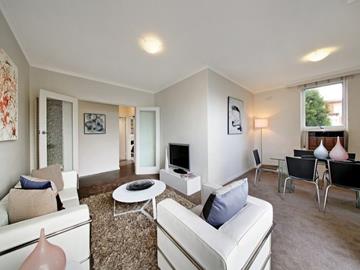 5/35 Winter Street, Malvern. Sold for $672,000
There were around thirty shivering attendees standing on the aptly named Winter Street at 10.30am Saturday, some tightly gripping their take-away coffees absorbing every ounce of heat emitted. This two bedroom first floor apartment in a block of only seven is in a prime location less than a kilometre from Malvern train station and far closer to the shops, cafes and restaurants of Glenferrie Road. The bell rang and the auction began with a Vendor bid of $550,000 when no one offered a place to start, slowly two bidders emerged bringing the property over $630K where it was announced on the market. More bidders joined in the action bringing it quickly to it’s final position of $672,000. 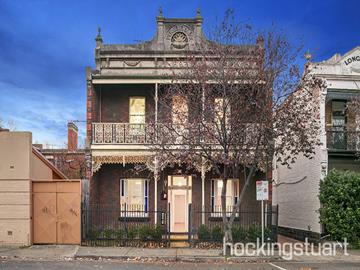 1 Egan Street, Richmond. Sold for $2,005,000
In a coveted location, occupying an extraordinarily deep block of land, this freestanding balconied terrace with opportunity to renovate or develop, had a price guide of $1.3 million – $1.4 million. A big crowd of 120 onlookers watched the bidding take off after an opening offer of $1.5 million placed the property immediately on the market. Six parties battled it out for 25 minutes, but it was four local buyers keen to upsize from their Richmond homes, who dominated the bidding.The final offer of $2,005,000 from one family helped win the auction at more than $500,000 above the reserve. 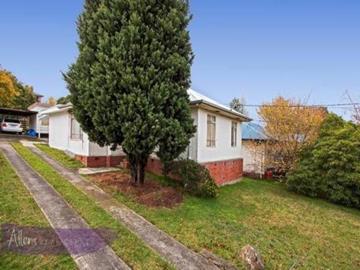 61 Cardorna Street, Box Hill South. Sold for $1,155,500
This concrete and brick two bedroom post-war house with opportunities for renovation, extension or redevelopment, on approximately 750sqm elevated allotment had a price guide of $750,000 – $820,000. It’s versatile floor-plan includes a theatre room with french doors opening out to a back terrace, and a trap-door to an underfloor cellar-room beneath the master-bedroom. Over 100 people watched as the opening Vendor bid of $800,000 started the auction of this property with views to Deakin University and surrounding parkland. Five bidders became involved, and the home was announced on the market at $1,010,000, before selling at $1,155,500.