Melbourne’s auction market has bounced back after the Queen’s birthday long weekend, with a clearance rate of 80 per cent. There were 781 auctions this weekend with 624 properties selling and 157 being passed in, 67 of those on a vendor bid. There were an additional 409 private sales reported.

Housing affordability has been a hot topic in Melbourne for the past couple of weeks, but it hasn’t deterred buyers. The winter months are typically the time of year when less properties are on the market, with less buyers, however this year the competition is still quite strong, especially in the middle-ring suburbs.

The higher clearance rates we’ve been seeing this year indicates how challenging it is for buyers, but there are still many areas of Melbourne that offer good value in this rising price climate.

Next weekend approximately 870 auctions are expected to be held in Melbourne. 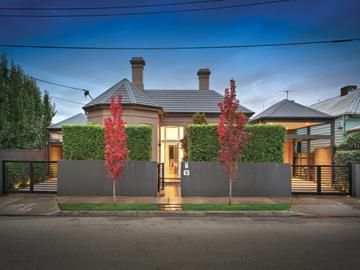 39 Lambeth Avenue, Armadale. Sold for $4,660,000
The location of this designer-renovated Victorian home, between High St and Glenferrie Rd retail and restaurant precincts, Union St Park and great schools was not the only attraction of this property. Quoted prior to auction at $3.5 million+ for four stunning bedrooms, high ceilings and a picturesque courtyard, it attracted 300 onlookers to the auction. Bidding opened at $3 million, with an immediate rise of $500,000. Four people competed with rises of $100,000, until a fifth bidder jumped in at $4.47 million. The eventual purchaser outbid her last rival after the offers had dwindled down to $10,000 increments.

14 Duckham Street, Blackburn. Sold for $1,702,500
14 Duckham Street drew in a substantial crowd of around 200 people on a sunny Saturday afternoon. A four bedroom house with a beautiful facade and traditional floor plan in the Box Hill Secondary school zone had many reasons to consider it. On an allotment of over 700SQM there is the possibility of future development despite the South facing rear. The auction started with a bid of $1.2M which was quickly pushed higher by two other bidders jumping in and announced on the market at $1,470,000. It eventually slowed to $1,000 increments and a young couple desperate to do everything they could to win put their last $250 in, only to be immediately countered with $250 straight back. 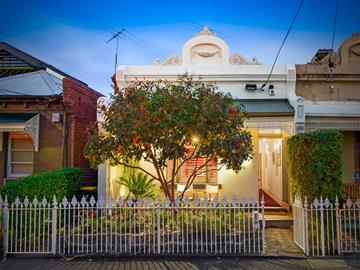 93 O’Grady Street, Clifton Hill. Sold for $1,730,000
This two-bedroom 1880s terrace has been meticulously renovated and includes a stunning multi-purpose studio, ideal as a home office or 3rd bedroom. With a quote of $1.25 million to $1.375 million provided a good guide for bidders, as the opening offer came from a man wearing thongs, at $1.4 million. Another couple joined in until they bowed out of the running at $1,605,000 to be replaced by another man. The man wearing thongs had a heated discussion on his mobile phone to see if he could continue bidding, and once given the go-ahead by the mystery caller he eventually won the keys to the property for $1.73 million, nearly $300,000 above reserve.