Melbourne’s clearance rate for the final weekend in May has again defied expectations, with another strong result of 81 per cent. There were 1,048 auctions this weekend with 854 properties selling and 194 being passed in, 100 of those on a vendor bid. There were an additional 464 private sales reported.

This year’s results in the Melbourne property market are showing signs of price growth between 5 and 7 per cent this year. This could mean that house prices in this city are on track to rise by 25 per cent between 2013 and the end of 2015.

On the weekend, many properties were sold above their reserve, particularly in the highly sought after suburbs of the Bayside region and also the Inner East. So what is motivating buyers to purchase above the reserve? In some cases it’s just the location. Buyers are willing to pay top dollar to invest in a good location, quite often choosing to knock-down and rebuild.

The cash rate reduction by the Reserve Bank in early May has attracted many new buyers to the market. This can be seen in normally price-senstive areas such as Melbourne’s Western suburbs. Tenants are starting to realise that mortgage payments could be on par with their rental payments, and therefore they might be able to afford their own home in the outer suburbs of Melbourne.

With the long weekend coming up, there will only be 221 auctions held in Melbourne next weekend. 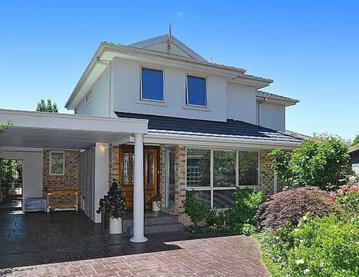 15a Renmark Court, Vermont South. Sold for $777,000
A good crowd of approximately 40 people attended the auction of this 10 year old, three bedroom townhouse in a quiet, leafy residential street. Spacious living areas, close proximity to schools and leisure activities and having no owners corporation were all attractive to the five bidders within the crowd. The auction started with a $630,000 vendor bid and slowly began to make its way to $758,000 where it was announced as being on the market. With some coaching from the auctioneer, two parties fought it out to the end and the hammer was brought down at $777,000 to a very relieved family, and the strongest bidder of the afternoon. 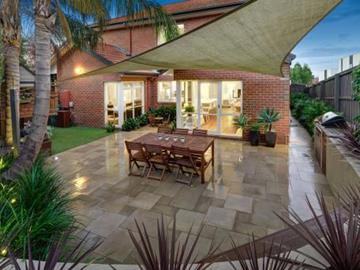 8 Cremin Close, Kew. Sold for $1,670,000
In a quiet cul-de-sac location, this 2-storey family home quoted between $1.1 million to $1.3 million prior to auction, attracted a crowd of 80 people to view the action. A vendor bid of $1,250,000 started the auction of this 4 bedroom home, but with 2 international bidders offering $50,000 rises, it didn’t take long to zoom past the reserve of $1.4 million, and eventually reach their limit of $1.65 million. 3 more international parties jumped in, offering $5000 rises, and one party only offered a single bid of $5000 more, and walked away with the keys for $1.67 million. This was a staggering result considered that an identical property across the street, with a slightly different renovation, sold a few months ago for $1.18 million. 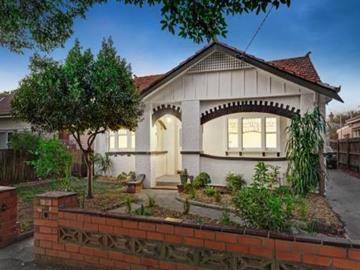 33 Barkly Street, Brunswick East. Sold for $1,450,000
Quoted at $1.05 million+ this unique two-in-one property with a classic Californian bungalow at the front and a separate three-room unit at the back, held some fierce competition from nine parties at the auction. To begin proceedings, a vendor bid of $980,000 was hardly necessary, as it was immediately responded to within seconds. The property reached its reserve of $1.08 million, with several groups still not even entered into the bidding. One couple joined in at $1,365,000, and another late bidder was unsuccessful at outbidding them, as the hammer was brought down at $1.45 million – $370,000 above the reserve.