With fewer properties going under the hammer this weekend buyer demand is still strong, as evidenced by the clearance rate of 76 per cent. There were 823 auctions this weekend with 629 properties selling and 194 being passed in, 83 of those on a vendor bid. There were an additional 425 private sales reported.

Some hot competition for quality properties was seen on Saturday with hundreds of auctions experiencing three or more bidders. Demand in Melbourne’s inner and middle-ring suburbs is particularly strong.

The recent interest rate cut may be spurring on a higher level of buyer presence and activity in the market – especially with “lifestyle buyers” such as downsizers and first-home buyers.

The first-home buyer segment of the market are feeling the heat from downsizers when it comes to finding properties in close proximity to the city. Kim Easterbrook, in The Herald Sun on Saturday explains that buyers were settling for “stepping stone” first properties close to transport, which would prove good investments down the track.

According to Core Logic RP Data, the growth in house prices in Melbourne in the year to March was around 6 per cent, and double-digit growth is highly likely in 2015 for the inner suburbs. There is no doubt that these results have an affect on buyers wanting to secure a property at an affordable price.

The highest sale price recorded this weekend for a house was for Banyule Homestead in Heidelberg, which fetched $5,200,000. 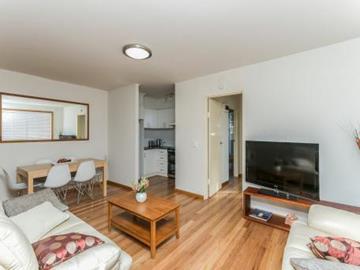 1/50 Gold Street, Brunswick. Sold for $512,000
This centrally located boutique 2 bedroom apartment in a block of only 8, drew around 30 people to its auction. Quoted before auction with a range of $440,000 –  $480,000 this beautifully renovated apartment, only a short walk from Sydney Rd trams and shops, appeared to be an ideal purchase for a first home buyer or young professional looking for a city lifestyle. The bidding opened at $450,000 and was quickly pushed up $10,000 by a second bidder. After some rapid back and forth bidding, the auction ended at $512,000 won by the original party.

16 Panoramic Grove, Glen Waverley. Sold for $2,178,000
A three bedroom home bursting with potential for developers to take advantage of. This attracted a huge crowd of more than 150 people to the auction. Located in the highly sought-after Glen Waverley school zone, and a guide price of $1.5million+ this property had no less than eight bidders. All of them developers, putting their hands up during the 25 minute auction where 56 bids were placed. The price soared more than $500,000 above the reserve when the hammer was brought down. The final bid was delivered by a local developer, who only made a single bid of $1000 to secure the property. The final result was one of the highest prices per square-metre for the suburb.

29 Buckingham Avenue, Bentleigh. Sold for $1,123,000
A large crowd of over 50 people watched this three bedroom townhouse go under the hammer. Being in the very highly sought after McKinnon Secondary school zone, a high level of competition was expected. This was shown by a very strong opening bid of $950,000 and the pace at which it moved with quick $10,000 rises to $1.05 million. With a slight change of speed, the auction slowed down to a crawl and announced by the auctioneer as ‘the most boring auction of the day’. It was eventually won for $1,123,000