A large number of auctions were held in Melbourne on the weekend, partly due to vendors hoping to sell before Anzac Day. The result shows how strong the market is right now – a clearance rate of 79 per cent. There were 1077 auctions this weekend, with 851 properties selling and 226 being passed in, 118 of those on a vendor bid. There were an additional 466 private sales reported.

Properties in the $1 to $2 million price range attracted some serious attention on Saturday, with many far exceeding their reserves – some by $450,000. The ripple-effect is becoming quite pronounced as buyers are looking at the next best suburb if they are being priced out of their first choice suburb.

What areas of Melbourne saw the most auction activity this weekend? The western suburbs again held higher auction numbers of about 200, compared to the normally strong eastern suburbs which held 118 auctions. As a sign of buyer depth, many outer areas are now increasing the number of auctions held. Traditionally these areas have more private treaties because there is normally more properties available than buyer demand, however this trend is changing. Agents are reporting that one possible reason for this is due to people moving to the outer areas of Melbourne after being priced out of the Sydney market.

Next Saturday is the 100th anniversary of Anzac Day, and only 81 auctions are scheduled, so our next market wrap will be in two weeks time. 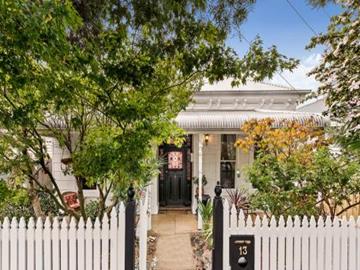 This property was quoted between $1 million and $1.1 million before auction. A renovated and extended four bedroom Victorian home, located close to schools and Sydney Road shops was popular with a few bidders on Saturday. The auctioneer began with a vendor bid of $1 million to start, then asked for $50,000 rises. Two parties rose to the occasion, helping the property be announced on the market after the fifth bid. At this point a man with his daughter entered the competition and bid strongly to pay $100,000 above the reserve, and become the new home-owners at $1.3 million. 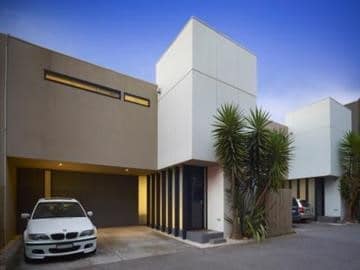 A crowd of about 30 people had gathered to watch this three bedroom, two bathroom townhouse go under the hammer. The auction began when a woman on the phone raised her hand to agree to the auctioneer’s suggestion of offering “a million dollars”, then another three bidders became involved. The last bidder to join in had the best staying power as their final bid of $1,335,000 successfully demolished the competition. 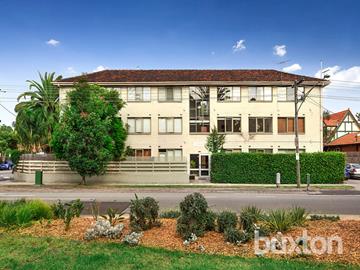 This entry level, updated one bedroom apartment with car parking attracted three bidders, all being first home buyers who all attended the auction with their parents. Bidding opened up at $300,000 by a very nervous first home buyer but the other two parties had their parents bidding for them. The property was announced on the market at $340,000 and two further bids saw the property sell for $341,500 to a very excited first home buyer.