Vendors have been pouring properties onto the market to take advantage of the selling time before Easter, and the result was a 78 per cent clearance rate. There were 959 auctions this weekend, with 752 properties selling and 207 being passed in, 100 of those on a vendor bid. In addition to the auctions there were also 352 private sales reported.

Last weekend’s clearance rate of 70 per cent was surprisingly strong for a long weekend. While this weekend’s result came from a wide mix of listings available for auction, with some lower priced properties in the western suburbs and inner-south making an impact in the weekly figures. Despite this, the higher level market is still holding well.

It may have been the lovely sunny weather, but some auctions received crowds of 200 attending on Saturday, which is a good sign for vendors hoping to sell before Easter.

There is little doubt that some suburbs of Melbourne will expect modest price growth this year, as the demand for properties located within areas with good public and private schools is being driven by upgraders taking advantage of the lower interest rates.

Even the sandbelt suburb of Black Rock experienced a record sale price on Saturday, reaching a staggering $1,010,000 above the reserve and setting a new residential record price of $3,810,000 for the suburb. 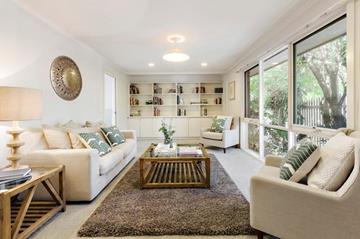 Secured behind high garden fences, this two bedroom home is surprisingly spacious with two living areas and an entry level price quote of $580,000 – $640,000. The auction on Saturday was attended by thirty people, with three parties pushing the price up to $700,000 when it was announced as “selling”. The bidding did not stop there, as the auctioneer accepted bids from three different directions until the hammer was finally brought down at a price of $781,000. 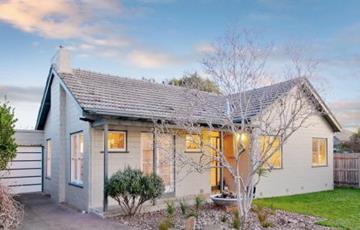 One of Moorabbin’s unique solid brick post-war homes went under the hammer on Saturday. Made from local concrete Besser blocks, the 3 bedroom family home with a quality renovation, family sized garden, garage parking and quiet cul de sac location seemed the perfect formula for this popular auction which attracted over 60 onlookers. Opening at $710,000 and on the market at $810,000 the fierce bidding from 3 prospective buyers saw the property sold for $820,000 to the applause of the crowd. 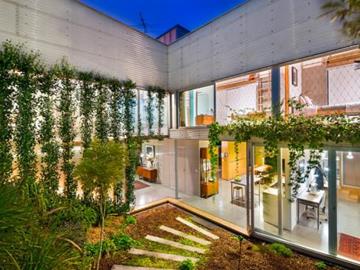 This unique warehouse conversion, designed by Daniel Van Cleemput, with six bedrooms and an emphasis on space and light, attracted a large crowd to the auction. One man made a $3 million opening offer, which was topped by a woman adding another $20,000. The bidding continued between the two until $3.34 million when a third prospective buyer jumped in, and the property was announced on the market just shy of $3.4 million. However, it was the first bidder who was able to outshine everyone and take the keys for $3,571,000.