For the first major auction weekend of the year, there was a substantial lift in auction numbers with 852 properties going under the hammer, resulting in a clearance rate of 76 per cent. From those auctions 651 properties sold and 201 were passed in, 95 of those on a vendor bid. In addition to the auctions there were also 408 private sales reported.

The Reserve Bank’s interest rate cut last week has increased confidence in the property market, and their was some heated competition from buyers keen to purchase property in superior streets.

There has also been a noticeable trend towards purchasers seeking out well-located properties on sizeable blocks, with the intention of knocking down and rebuilding. In the past year, the Australian Bureau of Statistics has reported a spike in approvals for new homes being constructed in established suburbs.

While the market is still just warming up and providing results similar to the end of last year, auction numbers increase to over 1,200 next Saturday. The increased stock levels in the coming weeks will be a good test to the strength of the market for 2015.

This impressive three bedroom townhouse with street frontage is one of only four in a quiet, leafy street. An audience of nearly 40 attended the Saturday auction of the 5 year old home. The opening bid of $950,000 was contended with by two other bidders to $1,150,000 when it was declared on the market. A fourth bidder took up the challenge to $1,260,000 then the initial bidder pulled away in bids of $1000 to purchase the property for $1,265,000 to loud and welcoming applause from his new community. 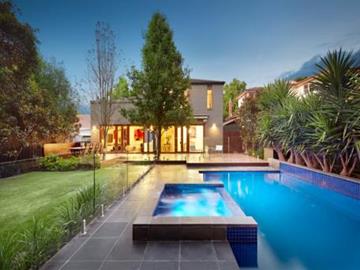 Oozing family appeal, this four bedroom with a pool, located in one of Camberwell’s most desired pockets attracted a considerable crowd of 100 onlookers to the auction. The auctioneer described the cleverly designed alfresco appeal before accepting a $2 million offer. It wasn’t until the bids reached $2.51 million that the property was on the market, prompting four contenders to tackle and outbid the first bidder. It eventually sold for $2,765,000, which was an impressive price jump from the $1.8 million it sold for in 2008. 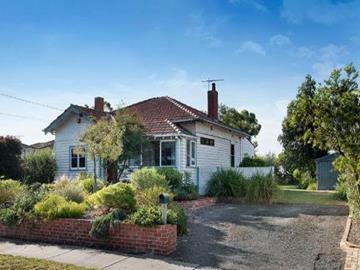 A big crowd gathered to watch the auction of this large development site in one of Chelsea’s best streets.  Quoted at $700,000 plus, the auction opened at $820,000 which was strong and determined by one buyer. Three other bidders joined in to try and buy this classic two bedroom home with plenty of land to extend or redevelop. The property was announced on the market at $915,000 and sold for $917,500.