Low interest rates have enticed more first-home buyers to become active in the Melbourne property market this weekend. A clearance rate of 76 per cent was achieved from 747 auctions this weekend, with 565 properties selling and 182 being passed in, 78 of those on a vendor bid. There were an additional 361 private sales reported.

Entry level properties for under $700,000, which are always popular with investors and first-home buyers have seen some hot competition since interest rates were lowered last month, the northern and southern parts of Melbourne received the most attention from buyers this week.

As next weekend contains a public holiday for the Queen’s birthday, there are only 261 auctions scheduled. 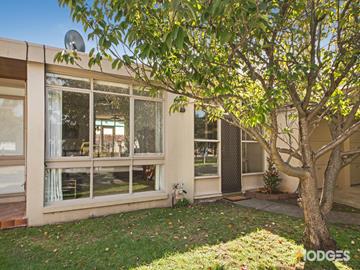 Overlooking the leafy William St Reserve, this unrenovated two bedroom unit was under executor’s instructions to sell. Six bidders braved the rain to compete for their own piece of the Brighton landscape, and helped the price soar well above the $650,000 reserve. A young couple from Bayside eventually outbid all competitors to gain the keys for $800,000. 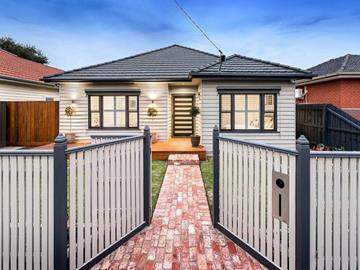 This masterfully renovated four bedroom, two bathroom single-level family residence attracted quite a crowd to the auction. With an asking price of $900,000 to $950,000 the property was hotly contested by young families. Bidding began with an offer of $900,000 and continued with one bidder slowing the pace of the auction with rises of only $1000. The home eventually sold for $90,000 above the reserve to a family who had been in the auction from the start with a final bid of $1,211,000. 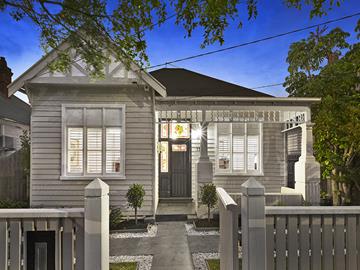 Thoughtfully renovated and extended (and in keeping with its Edwardian origins), this superb family home reveals amazing accommodation and flexible living in this prestigious residential position. The 4 bedroom home was extended 6 years ago to add on a fifth bedroom or additional living area, an addition that helped the price range reach $1.65 to $1.75 million. The opening bid of $1.85 million from a family was upped by another buyer who quickly took the price to the reserve of $2 million, where it eventually sold.