This week’s clearance rate was a new high for Melbourne so far in 2015’s auction results.  A jump of 5 per cent from last weekend’s results saw the final clearance rate land on 82 per cent across Melbourne. There were 940 auctions this weekend with 775 properties selling and 165 being passed in, 79 of those on a vendor bid. There were an additional 473 private sales reported.

While Melbourne’s east is still in the highest demand with buyers – it is clear that Melbourne is experiencing a spread of the boom sales conditions that were previously centred on the eastern suburbs. In this current climate, it’s not unusual to see that a home in Caroline Springs sold for $1.59 million, where the average median house is $456,000, as the demand for houses between $1 million and $4 million was upbeat on the weekend.

There has been talk in the media recently about Melbourne showing signs of being in a housing bubble due to the price growth and auction clearance rates over the past few years. This continues to be a contentious discussion point, and with lower interest rates, the scene is set for continued growth in property values and sales. We should remember that as winter is closing in, there is expected to be less properties around, so the next month or so will be a good test of the market.

11 Hawson Avenue, Glen Huntly. Sold for $1,710,000
This beautifully renovated Californian Bungalow drew an enourmous crowd of over 200 people to Glen Huntly to catch the auction on Sunday. As it was quoted prior to auction at $1,180,000 – $1,280,000, there were gasps from the crowd when a strong opening bid of $1.4M was put forward. This was no surprise to those who were there to bid as the property was soon on the market at $1.5M. There were 5 unique bidders at this auction pushing the price to $1,710,000 where it was sold. This was an extremely strong result for Glen Huntly, as the last family home sold on this street was $1.2M in December of 2014. 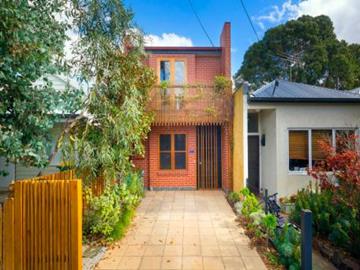 39 Henry Street, Northcote. Sold for $975,000
This superbly located home tucked neatly into a quiet  street of single story period houses in the popular Ruckers Hill precinct, whilst being close to the Westgarth Village as well as High Street Cafes and public transport. This contemporary single fronted double storey, 3 bedroom house galloped off from a start of $800,000  to achieve an over the odds result. It was declared on the market at $830,000, and 2 bidders in a crowd of approximately 30 onlookers raced to the finish of $975,000 in 39 bids.

82 Maud Street, Balwyn. Sold for $3,083,000
This large 933SQM original clinker brick home on a corner block in the Balwyn High School zone attracted a lot of attention over the weekend. In original internal condition, it was touted as a site to develop or build a new luxury home in the highly sought after zone. 6 bidders managed to raise their hand before the auction raced away, and applause came from onlookers as the price broached the $3 million threshold. The home eventually sold well in excess of the $2.2M reserve at $3,083,000.