The Melbourne auction market had an impressive return to form after the Queens Birthday weekend break. A clearance rate of 72 per cent was achieved from 893 auctions this weekend, with 533 properties selling and 247 being passed in, 98 of those on a vendor bid. There were an additional 275 private sales reported.

This weekend, the competition at auctions was particularly strong, with buyers fiercely bidding for quality properties that are currently in short supply in sought after areas.

Popular with buyers are the “move right in” properties that have been renovated or extended; or even properties that provide potential for redevelopment. Many of the auctions for these properties had three or more bidders, which is always a good indication that there are not enough properties available to meet the demand.

With such high auction volumes for late June, the next couple of weeks in Melbourne will be extremely interesting to watch. Such an influx of high auction numbers would provide strong opportunities for buyers. Melbourne will see one of the biggest ends to the financial year on record, with close to 2,000 auctions scheduled in the next two weeks.

Next weekend there will be an expected 920 auctions held in Melbourne ahead of the Victorian school holidays and the upcoming Federal Election. 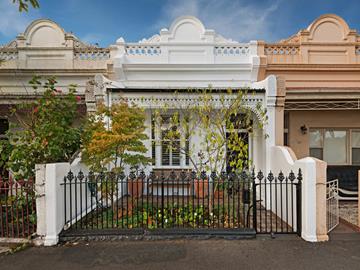 This classic single-front Victorian on the edge of the city attracted many admirer’s before the auction. Multiple bidders were involved in the auction for this two large bedroom home with period-inspired bathroom complete with clawfoot bath, central lounge and updated kitchen/meals area. A vendor bid of $750,000 kicked off proceedings, and two parties immediately started trading $10,000 bids, then $5,000 bids until the price reached $800,000. A third bidder then joined in with $1,000 rises until they were eventually beaten by one of the first bidders, who acted on behalf of a contact via a phone. 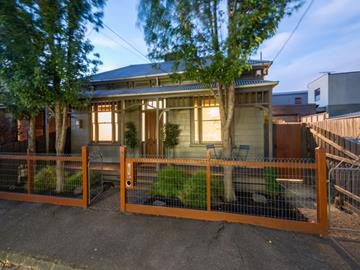 A double-fronted Victorian in the heart of Yarraville with an asking price of $900,000+ attracted some hot competition at the Saturday auction. A vendor bid of $900,000 stirred the serious buyers to put their hands up, and three bidders were in the mix by the time the price reached $940,000. An investor went head to head with another fierce bidder with $5,000 increments helping the price reach the reserve of $1.09 million. But it didn’t stop there. Two new contenders attempted to win the keys, but it was an investor who secured the contract with a final bid of $500 more than his opponents, and $134,000 above the reserve. 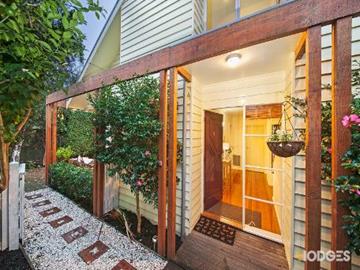 Five bidders slogged it out to try and grab their own piece of the family friendly bayside suburb of Hampton. On offer was an enchanting three bedroom, 2 bathroom home fronting a quiet crescent with a high-gabled attic-style design …and located with a frontage on Thomas Street park with a sun-catching north-westerly aspect. With five bidders pushing the price of this weatherboard home up to $171,000 above the reserve, the property sold to a local buyer returning to the area after working overseas.