First signs of market stabilisation in 2019

Melbourne’s clearance rate of 56% is the highest clearance rate achieved since the downturn began in September last year.  Auction attendances were up and there is no doubt there are a lot more buyers attending open for inspections.  I am hearing many reports of properties achieve 50 to 100 groups through for their auction campaigns.

We are seeing the first signs that we are entering into a balanced market however the odd ‘good buying’ opportunity is still popping up.  Auctions over the weekend were generally well attended (as they were last year) but there is still of the element of some buyers sitting on their hands.  I heard many reports of buyers actually not bidding at auction and waiting to put an offer in after the property passed in.  On numerous occasions, the selling agent was then dealing with multiple buyers wanting to put offers in on the respective properties.

The disadvantage of negotiating in a pass-in scenario is that you lose the power of having transparency which you would have if you were to be buying under the hammer.  And quite often you might end up paying more as selling agents use their strong negotiation skills and tactics to achieve the highest price for the vendor.

Our purchase of the week was a renovated double fronted period home in Williamstown which was very popular with buyers.  The auction campaign was only two weeks through with over 50 groups inspecting the property.   We purchased the property pre-auction in a back and forth negotiation over the phone with competition from one other strong buyer.  All other buyers were knocked out with the pre-auction offer.  Our clients were extremely happy to secure the well located, renovated home in which they are fortunate to make their new home. 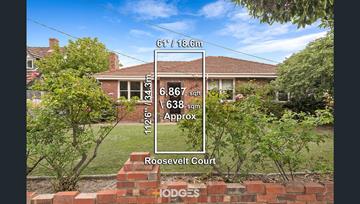 A crowd of 40 people attended the auction of this two bedroom home in the Brighton Golf Course district.  The quiet court location is a drawcard for families and the property is most suited as a new home site.  Two bidders fought to secure the property where the property was announced on the market at $1.645m and sold shortly thereafter 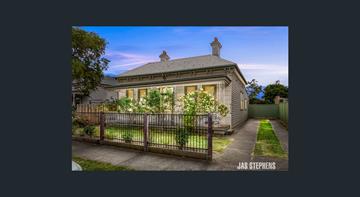 Six bidders (mostly upsizers) worked hard to try and this dated, period home on 594 sqm.  65 people were in attendance to watch the property sell well over its $1.15m reserve.  There was a considerable amount of work required to bring this beauty back to its former glory but the real appeal was the large land size which is a rare find so close to the city.

Large, well located apartments are very popular with first home buyers who are trying to enter into the market in affordable housing in blue chip suburbs.  This large, neat and tidy two bedroom apartment was no exception.  The auction of this property was well contested and sold well over the reserve of $670,000.