The autumn market is already gaining strong momentum, and really setting things up for anothe strong year of growth for the Melbourne property market.

There were 1198 auctions in Melbourne, with 883 selling and 211 being passed in, 104 of those on a vendor bid. In addition to the auctions, there were also an additional 334 private sales. The result, was a very strong 81% clearance rate.

The results so far for 2017 have been the strongest start to the year we have seen. Demand is high, however there has been a plenty of stock hitting the market, which indicates that there is still plenty of underlying demand for Melbourne property. 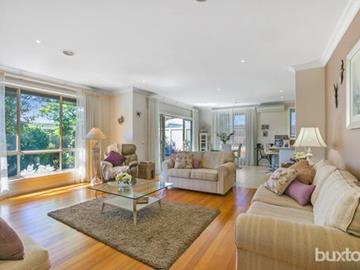 A three bedroom period home on a corner block of approximately 608sqm, near leisure centres, shops, parks and transport, reached a price $380,000 above the reserve on Saturday. It was a battle of seven bidders, and the hammer was brought down to a developer who secured the property after outbidding a would-be buyer who intended to live there. The sale price of $1,980,000 was a new record for Victoria Road.

With two large living zones plus a sun-bathed north-easterly courtyard, this two bedroom, two bathroom villa with a double garage and street frontage attracted a crowd of 100+ people to the auction. A price guide of $720,000 – $790,000 saw multiple downsizers, investors and young owner occupiers vying for the keys. Located near shops, train and a short walk to the beach, the property received an opening bid of $760,000. Six would-be buyers were in the crowd, but only two bidders were able to put their hands up. On the market at $860,000 and sold to a downsizer for $955,000.