Could the auction market be preparing for the Spring rush?

There were 486 properties auctioned this weekend, resulting in a strong clearance rate of 81 per cent. The details are: 392 properties selling and 94 being passed in, 43 of those on a vendor bid. There was an additional 281 private sales reported.

As late winter typically has fewer properties available on the market, resulting in more bidders at auctions across Melbourne. With stronger competition for fewer properties, there is a trend for properties to be selling in isolation, with no similar homes competing for buyers.

Auction numbers are starting to pick up again as we head towards Spring. There are 633 auctions scheduled for next weekend. 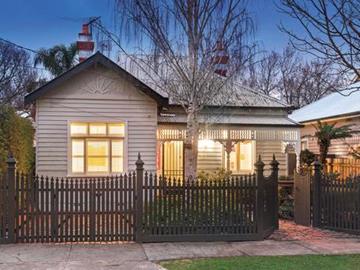 33 Emo Road, Malvern East. Sold for $2,080,000
This pretty three bedroom Edwardian home located in sought after Adrie Estate, where homes are protected by a heritage overlay, attracted six would-be buyers to the auction. A fierce opening bid of $1.6 million was quickly overtaken by a $20,000 rise. The duel continued in $20,000 rises until the reserve of $1.72 million was reached. Other parties joined in, helping the price reach $1.96 million, when the pace slowed down to $1000 bids before the property was announced as sold at $2.08 million. 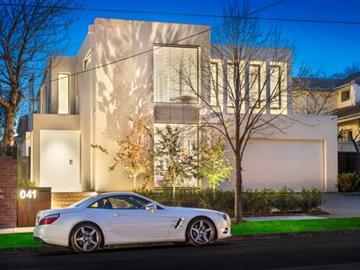 41 Horace Street, Malvern. Sold for $3,800,000
A modern family home with 4 beds, study, kids retreat, 3 bathrooms and an in-ground pool was touted by the auctioneer as the perfect family home with nothing to do but move in. An opening bid got the ball rolling at $3.3m followed by a $20k rise. This continued until it hit $3.6m. A family man offering $3.61m continued the auction. Bids rose in $10k lots until he was out at $3.8m. The agent sought instructions and returned to announce the home is on the market. A call for new bids landed on deaf ears and the property was reluctantly knocked down to the calm and patient woman. In attendance was a decent crowd of about 150. 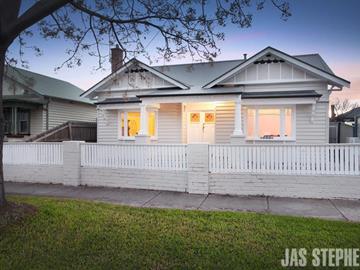 322 Geelong Road, West Footscray. $751,000
A three bedroom family classic offering a series of tempting spaces behind its appealing original facade close to Hanson Reserve, transport and city access, attracted numerous interested parties at the inspections. However it was a different story during the auction, when it took two vendor bids before the first genuine bid of $700,000. Two more bidders came forward with $5000 rises, and the action came to a halt at $725,000 when the property was passed in. After auction negotiations with the highest bidder saw the property sell to a young couple for $751,000.