736 auctions were held this week over Melbourne with 354 selling at auction, 58 sold prior and 1 after auction.  In addition to this there were 149 private sales equating to 885 sales in total and a clearance rate of 56%.  The clearance rate seems to be stabilising in the 50’s however we are seeing a slight improvement in the rate week by week.

According to the REIV, some suburbs seem to be growing in value despite the Melbourne median house price declining over the past twelve months.  Carrum’s median house price has jumped 10 per cent over the past twelve months and the outer bayside area has been a popular investment location for Elite for many years now.  The new Skyrail may have contibuted to the increase but we have also seen an increase in buyers in Carrum/Chelsea and so on due to buyers wanting to stay close to the Bay but unable to afford the prices closer into the city.

Elite successfully secured properties in Yarraville and two in Camberwell last week.  One being the auction of 1/39 Donna Buang St, Camberwell.  This property is a very well location two bedroom, two bathroom villa unit renovated to a high standard.  The auction was very well attended and I was expecting some kind of bidding frenzy.  But that failed to happen.   The auction attracted bidding from three parties with the property being announced on the market at $905,000 and selling for $917,500 to our happy client.

This is a very good example of the performance of the Melbourne Property Market.  Twelve months ago (or even longer) this property would have been heavily contested by downsizers due to its great location, its single level and highly renovated.  The $2m plus market is showing signs of improvement, but not enough to convince the downsizer market to sell their family home and look at buying something smaller.  The property sold within the range that it should have, but two years ago, properties like this were experiencing run away results.

This mid-century brick veneer home on 569 sqm requires immediate work to bring it to a liveable state.  However, being Cheltenham’s cheapest house on the market was always going to draw attraction.  Four bidders tried to secure this piece of real estate.  The property was quoted $800,000 to $850,000 prior to auction and sold under the hammer for $865,000. 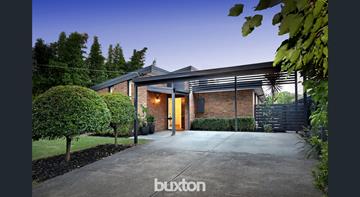 A huge crowd attended the property of 45 Mawby Rd, Bentleigh East on one of the hottest days of the year.  Set on 632 sqm, this immaculate 4 bedroom, 2 bathroom home was extremely popular.  Bids were flying from every direction and the auction soared past its $1,080,000 reserve.  The property sold for $1,315,000 which is in excess or $200,000 over its reserve price. 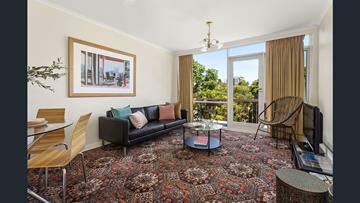 The established apartment market has stabilised and apartments with courtyards are very popular.  260 groups went through the property during the four week campaign which are huge numbers.  The auction was well attended by young professionals, first home buyers and investors.  Five bidders fought to secure this property where it sold $70,000 above its reserve for $695,000.