Clearance rate of 61% was achieved from 471 auctions!

This weekend a clearance rate of 61% was achieved from 471 auctions. Of those properties, 215 sold and 184 were passed in, 85 of those on a vendor bid. There were also 180 private sales over the past week.
CoreLogic’s latest Hedonic Home Value Index has identified that Melbourne’s unit market continues to outperform the house market, with values in the former rising 2.3 per cent annually to a $569,141 median and the latter, falling 1.4 per cent to $813,064. 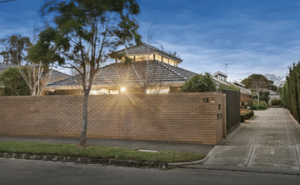 This renovated and light-filled townhouse, located at the front of a boutique block of only three residences one block from the bay, sold for an undisclosed amount. The well-attended auction commenced with a vendor bid of $1.7 million, followed by a genuine bid of $1.725 million. The property was passed in then sold in negotiations after the auction for a price well above the passed in amount. 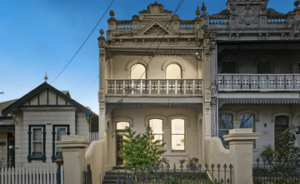 In one of Kensington’s prettiest tree-lined streets, this Victorian terrace needing a renovation had two strong bidders push the sale price more than $300,000 past the reserve. Other bidders did not get a chance to put their hands up, after the $1.1 million opening bid and quickly surpassed the $1.2 million reserve. A local buyer won the keys and will renovate the property at some point.

A property passed down through three generations since being built in 1922 and situated on a substantial block of land in the vibrant heart of Coburg sold for the first time in nearly 100 years. The cobbler’s shop and adjoining California bungalow was snapped up by a Brunswick family. The pre-auction price guide was quoted at $950,000 – $1,045,000.