Big crowds at auctions and open houses on Saturday, as 601 properties were auctioned this weekend. A clearance rate of 78 per cent was achieved, with 468 properties selling and 133 being passed in, 66 of those on a vendor bid. There were an additional 341 private sales reported.

In the three months prior to 30 June, the highest clearance rate of any Melbourne suburbs was recorded from East Melbourne (100 percent), followed by Fitzroy North (96 percent), Blackburn South and Caulfield South (95 per cent).

The Real Estate Insititute of Victoria released new data last week indicating that there are some opportunities for buyers to secure a property in exclusive suburbs at realtively affordable prices. The key is to compare prices and land sizes, as many suburbs have two bedroom homes that are priced well below the median house price of that suburb. For example, the median price in Elternwick in June was $1.57 million, however a two bedroom house median price in that suburb is $929,000.

Villa units and older style apartments in good locations continue to be in high demand from investors, downsizers and younger buyers. Yet, this weekend it was period houses with modern extensions which led the market action.

There are 618 auctions scheduled for the first weekend in August. 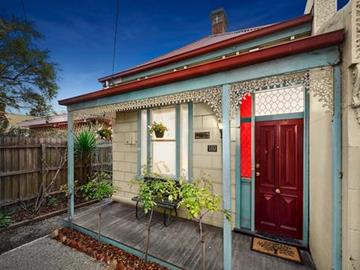 119 Droop Street, Footscray. Sold for $745,000
With plenty of backyard space to extend and make changes to the unusual layout of the bathroom located in the kitchen, this single-fronted two bedroom Victorian’s price guide of $640,000+ offered a great opportunity to buyers. Thirty people attended the auction which kicked off with a $640,000 vendor bid, and a couple immediately offered $650,000. Three other parties joined in, but it was the first couple who put the property on the market at $725,000, then shortly after, they made the winning bid of $745,000. 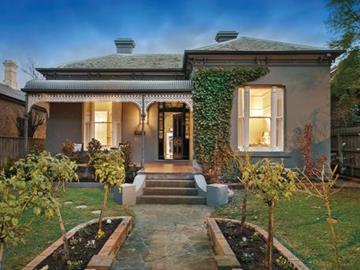 49 Princess Street, Kew. Sold for $2,250,000
The price range of high $1 millions to early $2 millions was spot on for this double-fronted Victorian property. Gathered inside the home to avoid the windy conditions, the would-be buyers made bold bids. The first bid of $1.7 million was met by the auctioneer’s vendor bid of $1.85 million. There were three bidders in the running by the time the price reached $2.12 million, and even a knockout bid of $19,000 helped boost the price up to the winning bid of $2,250,000. 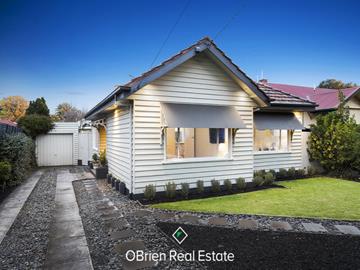 10 Wallingford Street, Cheltenham. Sold for $976,000
This beautifully renovated 2-bedroom home offering exceptionally comfortable living in Cheltenham’s prized Golden Triangle attracted eight bidders to the Saturday morning auction. The property last changed hands in late 2007 for $567,000. The auction took off after the opening bid of $785,000,with fierce competition pushing the price higher than the vedor’s expectations. The hammer was finally brought down for $976,000.