This weekend Melbourne’s high clearance rate reflects a market in need of fresh stock. A 79% clearance rate was achieved this weekend from 782 auctions held, with 621 selling and 161 being passed in, 69 of those on a vendor bid. There were also an additional 315 private sales reported.

Buyers who are hungry for new stock on the market are making riskier decisions about their next purchase. Some buyers are willing to push the price well above the reserve in order to get the property they want. Whilst others are willing to purchase before selling their current home.

Auction listings, if they continue on current trends, will be down by about 15 per cent for 2016. While the total of private sales and auctions is expected to be down by 8 per cent.

What does this mean? Buyers need to be sensible and know the worth of a property before entering into a purchase. Poorly researched buying can result in shocking re-sale value in the future, which can come as a shock.

The first 2 weekends of the spring auction season have been very interesting! We look forward to seeing how the market will handle the next few weeks.

There is an expected 800 properties to go under the hammer next weekend. 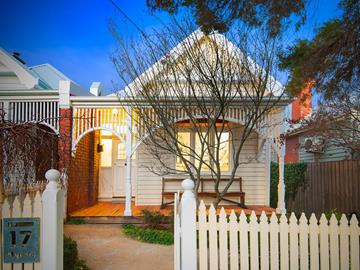 17 Myrtle Street, Clifton Hill. Sold for $1,435,000.
In a quiet street close to Village cafes, station, Spensley St Primary and parkland, this superbly extended two-bedroom home on a deep block attracted a crowd of 40 to the auction. The first call for bids was met with silence, followed by some dogs barking. The auctioneer tried again to rouse a first bid from the crowd, and received a $1.1 million opening offer. Another bidder joined in and the bidding was fast paced as the price zoomed past the reserve of $1.27 million. The terrace was sold to the second bidder for $1.435 million. 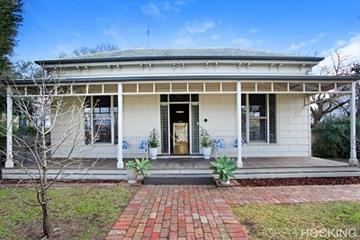 33 Hannan Street, Williamstown. Sold for $2,230,000.
Integral to the story of Williamstown, originally the homestead for Michael Hannan’s 100 acre farm, this evocative Victorian boasting a rare 24 meter frontage, retains significant status today as one of the area’s most outstanding family residences. The land has decreased substantially since those days, yet the renovated home holds plenty of appeal. In front of sixty onlookers, the auctioneer accepted an opening bid of $1.8 million from one man. Another man joined in and the bids were pushing the price close to $2 million when a third man put his hand up. The property was announced on the market, at $2.12 million, and as the price reached $2.185 million a fourth bidder joined in. It was sold to the first bidder for $2.23 million. 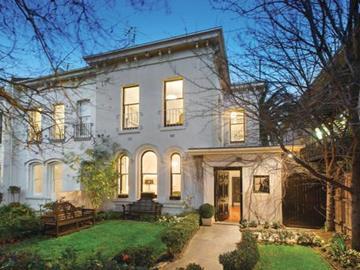 7 Robe STreet, St Kilda. Sold For $2,720,000.
Soaring ceilings and magnificent proportions define this refined c1880’s era traditional residence positioned in the heart of St Kilda, only a block from the beach. The auctioneer made a vendor bid of $2 million to commence, and two would-be buyers traded $50,000 bids. The price reached $2.4 million, when a man asked if the house was on the market, and it took only a couple more bids before it was declared selling at $2.45 million. It was three bidders who helped push the price $320,000 above the reserve, when the hammer fell to a young family for $2.72 million.