Clifton Hill is an inner Northern suburb of Melbourne only 4kms from the CBD. Once perceived as the Bohemian centre of Melbourne the suburb has since undergone rapid gentrification in recent years. Bordered by Collingwood, Fitzroy North and Fairfield the suburb is now a family favourite with an abundance of parkland, sporting amenities, bike trails and walking tracks, just to name a few. The suburb today is a mix of families, professionals and young singles enjoying the inner city café culture and easy living lifestyle the suburb has to offer.

Once home to a basalt quarry, land sales were released in the mid 1860’s and became home to a more upmarket type of construction to that of its neighbouring counterpart in Collingwood. The new homes were built using red brick and terracotta tiles rather than weatherboard and tin iron roofs. Those houses still stand today and make up part of the architecture that is as we now know it.

Typical houses sought after in the area today include Victorian terraces that you might see in South Terrace, Hodgkinson Street and Wellington Street. Ramsden Street provides us with a good example of workers cottages and Victorian weatherboards that were and still are part of the makeup of Clifton Hill. And, as in all inner Melbourne suburbs the streets are dotted throughout with apartment blocks from the 50s-70’s, brick veneer homes, corner shops and now of course, modern complexes and apartment buildings. Houses in Clifton Hill will set you back a minimum of around $1m for a single front weatherboard home right up to the $4m-$5m range for a grand Victorian Terrace.

With close to proximity to Smith Street and Johnson Street the Bohemian lifestyle is not too far away, if that’s what you’re chasing, however with Fitzroy North and the CBD also nearby this area is also very popular with professionals and families alike.

Local attractions in the area include the famous Clifton Hill Shot Tower (built for the manufacture of lead shots), Ramsden Reserve, Merri Creek, the Collingwood Leisure Centre and of course the iconic McDonalds (Jazz Modern Architecture c. 1937) on Queens Parade – now known as the most beautiful McDonalds in the world!  Local schools include Clifton Hill Primary, Brunswick Street College, Spensley Primary School and St Johns Primary. The suburb also has its own train station, unfortunately, made famous during the 1987 Hoddle Street Massacre involving a then 19 year old Julian Knight.

Clifton Hill is now a gentrified and safe suburb ranking number 11 as the most liveable suburb in Melbourne. 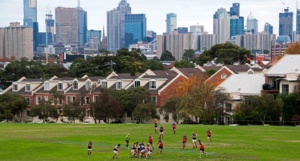 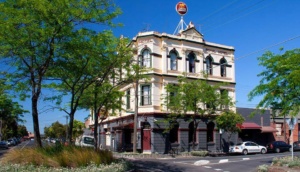 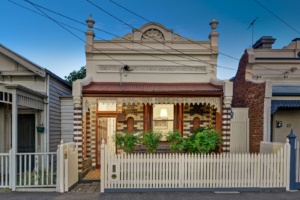