A new clearance rate record for 2016

Buyers were out in large numbers on the final weekend of the financial year. A clearance rate of 79 per cent was achieved from 181 auctions this weekend, with 133 properties selling and 48 being passed in, 15 of those on a vendor bid. There were an additional 370 private sales reported.

Restrictions to negative gearing tax concessions on new properties may have seen us with a different result last Saturday, if they had have come into effect. As it happens investor activity is up and clearance rates have hit a new high for the year (79 per cent). This is the highest since June 2015 and shows a marked improvement in auction results. With the Australian Bureau of statistics reporting an increase on investor lending by 17.3 per cent over May (compared to April this year) investors certainly seem more confident post-election and the trend looks set to continue.

Lower levels of stock are creating strong competition at auction and private sales are experiencing shorter days on market (according to several outer suburban agents) over the last few weeks. In particular the Northern suburbs are booming where home owners and investors alike are lining up to get a foot in the door. Buyers in the West are also very active with suburbs such as Seddon, Footscray West and Yarraville leading the way. 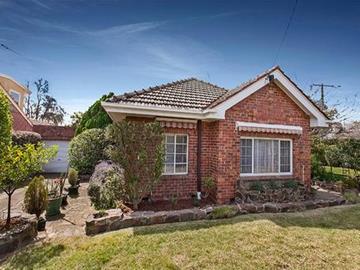 45 Black Street, Brighton. Sold for $1,500,000
A single level 3 bedroom period home in highly sought after location close to Church Street shopping strip, Brighton Primary and leading private local schools attracted five bidders to the auction. The Art Deco house last changed hands in October 2014 for $998,000. Its value swelled by a staggering $520,000 under the hammer on Saturday. It sold to a local investor, who plans to rent the property out. 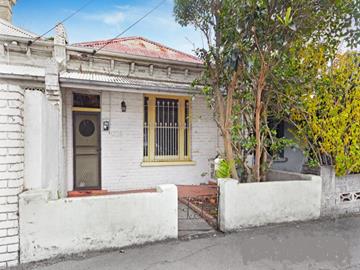 374 Richardson Street, Middle Park. Sold for $1,130,000
Located in one of Middle Park’s finest tree-lined streets this single fronted unrenovated brick Victorian house in triple ‘A’ location, is unliveable in its current condition and offers plenty of opportunity. A crowd of 80 watched on as the auctioneer opened with a vendor bid of $900k, followed by a man offering $10,000 more, before two other bidders joined in. The two bedroom plus study house, on approximately 144sq.m, was announced on the market at $1 million, and sold for $1.13 million. The final price was $130,000 more than the vendor would have been happy accepting.

180 Station Street, Port Melbourne. Sold for $1,402,000
Double fronted and free-standing, this inviting three bedroom period home is only a short walk to Bay Street, and easy to travel by nearby tram or bike track to the city. Six would-be buyers put their hands up to attempt to buy the property which had been owned by the one family for about 20 years. The auctioneer started with a vendor bid of $1.2 million, which prompted another man to join in with his first bid of $50k. It didn’t take long to be on the market at $1.28 million. The buyer, who currently rents a property only a few doors down, outbid the competition by paying $138,000 over the reserve.