A little Bit About Elwood

Elwood is a popular beachside suburb of Melbourne 8kms from the CBD. Initially, just a swampland the installation of the Elwood Canal transformed the area and was then useable for residential purposes. Originally a working class suburb Elwood has seen years of gentrification and is now one of Bayside’ s most sought after addresses. Elwood Village is a popular shopping strip dotted with cafes and eateries and is only a stone’s throw from the local beach and foreshore trail. Popular with dog walkers the suburb has plenty of parkland and walking tracks, a dog friendly beach and reserve. Community clubs include The Elwood Sailing Club, Elwood Life Saving Club, Elwood City Football Club and Elwood Croquet Club. Local schools include Elwood Primary and Elwood College.

The Suburb is home to many attractive large period homes, often built in the 1920’s and 30’s with Art Deco features, still hugely popular today. Apartments are plentiful in the area with both new and old abutting each other, many also built in the 60’s and 70’s.  Older style period apartments are highly sought after and are now commanding, if renovated, over the $1m in some premium locations. Median prices for Elwood houses have pushed over the $2m mark as of March 2019. Buyers tend to look to Elwood for that lovely Village charm, relaxing atmosphere and beautiful period architecture. With its tree lined streets, seaside location and abundance of local parks and cafes what’s not to like?. Elwood is close to St Kilda, St Kilda Road and the CBD, serviced by a bus network and train from Ripponlea station or tram on Brighton Road. 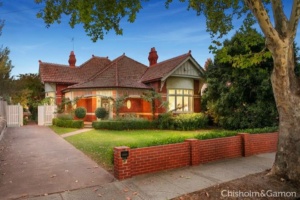 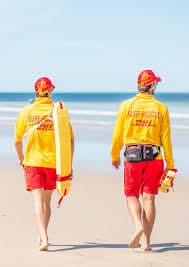 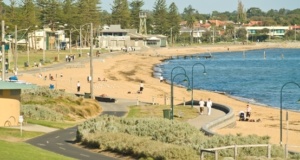