What a year its been! The Melbourne property market wrapping up 2019 with a 75% clearance rate this week from a total of 974 properties going under the hammer. Of those properties, 581 sold at auction, while 150 sold before auction. In addition, there were 200 private sales. In comparison, the same weekend last year had a clearance rate of only 49% on a weekend of 931 auctions.

2019 finished on a high that not many predicted would occur.  The May Federal Election was a game changer with property prices starting to increase soon thereafter.  We have seen steady increases in Melbourne property prices ever since, not only due to the Liberal Government remaining in power, but declining interest rates have also stirred things up.

Overall, we are experiencing a lot more confidence in the property market and buyers now wanting to take the leap in.   We believe this will continue into 2020 and the rate in which prices should rise will all depend on how much stock (properties for sale) comes onto the market, which is the unknown at this point.  Vendors should certainly be feeling more comfortable with selling as we are witnessing a lot more competition at auction and generally more competition to buy.  Investors are tipped to come back into the market and we may see first home buyers being further pushed out.

I hope everyone has a great break and look forward to another interesting year in 2020.

This original home on subdividable land in the McKinnon High School zone was popular with both home buyers and also developers. The property had the bonus of approved plans and permits to build two townhouses. Quoted at $1,250,000 to $1,300,000 prior to auction, the auction was off to a very slow start so the agent offered a $1,250,000 vendor bid. Continuing at a slow pace, the auction again stalled at $1,300,000 and after a quick conversation inside with the vendor, the property was still not on the market. Bidding recommenced and the property was announced on the market at $1,350,000 before eventually selling for $1,505,000 thanks to six bidders. 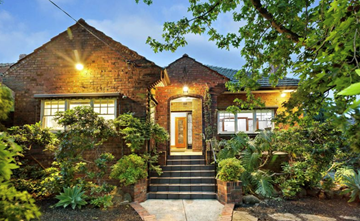 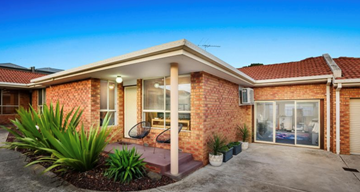 This brick veneer two bedroom villa unit, built in approximately 1993, in the premium pocket of Glenroy was popular with first home buyers, investors or those looking to downsize. Originally quoted $460,000 to $490,000. In front of a crowd of 60, the opening bid of $480,000 kicked off proceedings. A rise of $10,000 quickly followed, and three other bidders joined in. The home was sold under the hammer for $532,000.